Rape case: Jalandhar diocese assures nuns that they will not be transferred 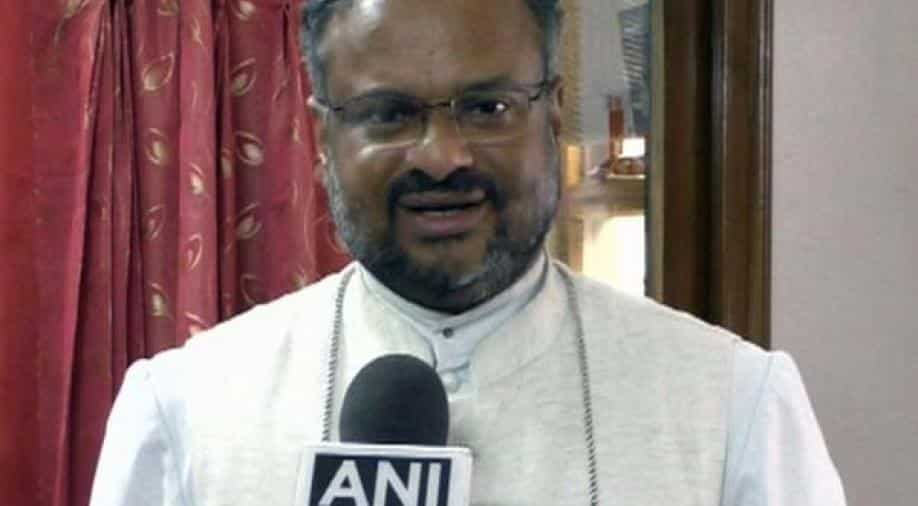 Copies of purported e-mail sent by the Bishop was made available to the media.

Days after nuns protesting against rape-accused Bishop Franco Mullakkal were asked to move out of their convent, the Jalandhar Diocese of the Roman Catholic Church has assured them that there will be no move to oust them as long as they are needed for the court case.

An e-mail in this regard was sent to five nuns, who are staying with the rape survivor nun, by current apostolic administrator of Jalandhar diocese Bishop Angelo, one of the nuns said here Saturday.

The Bishop has assured the nuns that "there will be no move from the diocese of Jalandhar to oust" them from the Kuravilangad convent in Kottayam district as long as they are needed for the court case, she claimed.

Copies of purported e-mail sent by the Bishop was made available to the media.

Earlier, the head of their congregation, Missionaries of Jesus under the Jalandhar diocese, had issued transfer orders to four nuns who took part in the protest demanding the arrest of the bishop.

Another nun, Sister Neena Rose, who is staying with the rape survivor, was asked to report to the Missionaries of Jesus congregation's Jalandhar convent and meet its Superior General Sr Regina Kandamthottu on January 26.

The congregation of nuns -- Missionaries of Jesus -- had directed the nuns to join their previously-assigned convents, according to the transfer orders issued between March and May last year.

The nuns Alphy, Anupama, Josephine and Ancitta were served notice by the superior general, urging them to take up their assigned responsibilities as befitting members of the congregation.

Meanwhile, Peter Kavumpuram, PRO of the Jalandhar diocese, issued a clarification statement late in the evening, saying even though the congregation of Missionaries of Jesus is of diocesan right, the internal running of the congregation is left to the Superior General and her council.

"The Bishop of Jalandhar does not normally interfere unless the overall interests of the church demands such interference. By this clarification the Apostolic Administrator has not interfered in the internal affairs of this congregation, therefore the order to return to their rightful communities by the Mother General is not cancelled but stands," said the statement quoting Fr Kavumpuram.

The statement, however, did not have mention of the purported email sent to the nuns by Bishop Angelo.

The four nuns had earlier written to Kerala Chief Minister Pinarayi Vijayan seeking his intervention to ensure that their transfer orders were not effected till the trial of the case was over.

The survivor nun had also written a separate letter to the chief minister, seeking his help in the matter.

"Their aim is to single me out and to harass and torture me. My life will be in danger if such a situation arises," she said in her letter.

In her letter to Rose, the superior general had warned that failure to comply with the advice to report in person as instructed would be construed as a deliberate refusal to abide by the legitimate order of her Mother General, thereby challenging the authority canonically bestowed on her.

Meanwhile, the nuns Saturday joined 'Save Our Sisters' forum to stage a protest against the transfer orders issued by the congregation. A tense situation prevailed at the protest site when a group of people opposing the nuns' protest reached there and raised slogans against them.

The group was removed from the spot, police sources said.

The protest led by the nuns and the Catholic reformist forums in Kochi in September last year had led to a public outrage and demands for action against the bishop.

Bishop Mulakkal, a senior member of the Roman Catholic clergy in India, was arrested last year following allegations by a nun that he repeatedly raped and sexually assaulted her at the Kuravilangad convent between 2014 and 2016, a charge denied by him.