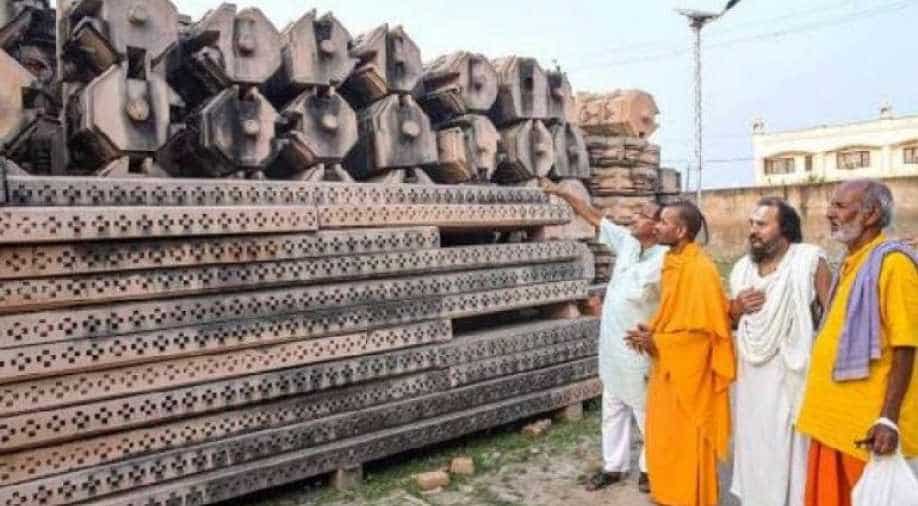 In March this year, the 'Ram Lalla' idol was shifted to a temporary structure near Manas Bhawan in Ram Janmabhoomi premises, till the completion of the construction of Ram temple.

Mahant Kamal Nayan Das, spokesperson for president of Shri Ram Janambhoomi Teerth Kshetra Trust, Mahant Nritya Gopal Das, said on Friday that the trust members are scheduled to meet on July 18 in Ayodhya for the purpose of construction of Ram temple.

"Trust members will meet on July 18 in Ayodhya. The purpose will be the construction of Ram temple. We want that (Prime Minister Narendra) Modi Ji should visit here once so that construction begins," said Mahant Kamal Nayan Das.

Earlier on Wednesday, Nritya Gopal Das said that they have requested the Prime Minister to inaugurate the construction activities at the temple site in Ayodhya.

"We have written a letter to the Prime Minister requesting him to visit Ayodhya and inaugurate the construction activities of Ram temple. Pooja and other rituals have been ongoing for three months at the site," Das told ANI here.

"We just want him to come and we will ensure that there is no crowding," he said.

In March this year, the 'Ram Lalla' idol was shifted to a temporary structure near Manas Bhawan in Ram Janmabhoomi premises, till the completion of the construction of Ram temple.

The Supreme Court had on November 9 last year directed the central government to hand over the site at Ayodhya for the construction of a temple and set up a trust in its verdict on the Ayodhya issue.

The apex court had also directed the government to give a suitable land measuring five acres to the Sunni Waqf Board.