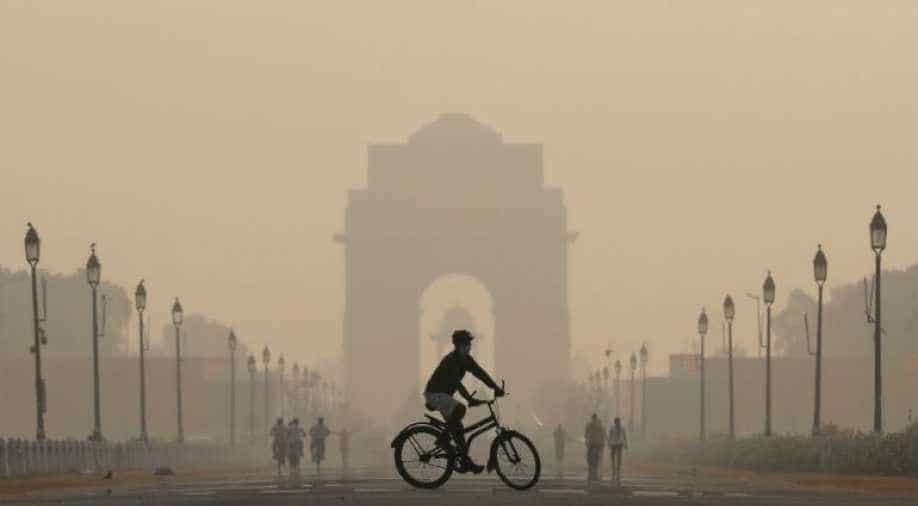 The EPPCA, besides declaring a state of public health emergency in Delhi NCR has also imposed a ban on all construction activities till November 5.

As Delhi’s Air Quality Index recently dropped from ‘Severe Plus’ to ‘Hazardous’ and touched 450 points on Saturday, leaders across the country have politicised the issue, leading to the declaration of a 'public health emergency'.

Deputy Chief Minister of Delhi Manish Sisodia on Saturday tweeted that stubble burning in the regions of Punjab and Haryana contributed to 46 per cent of the pollution in Delhi. He further asked the Central Government what they were doing to save North India and to curb stubble burning.

On Friday, the Chief Minister Arvind Kejriwal blamed the governments of neighbouring states Haryana and Punjab for the increasing levels of pollution in Delhi. He accused them of forcing the farmers to burn their produce.

Union Environment and Climate Change Minister Prakash Javadekar criticised Kejriwal’s remarks and said that he was “indulging in a blame game”. Javadekar urged him to tackle the problem while stating that the Delhi government did not pay its share in the construction of the Eastern Peripheral Highway which has helped bring down pollution in the city.

It is unfortunate that Delhi CM @ArvindKejriwal is politicising the issue of #AirPollution & instigating students to write a letter to #Haryana & #Punjab CMs to show them in bad light and present them as villains.@BJP4India @BJP4Delhi pic.twitter.com/UXiwg3h3NQ

Haryana Deputy Chief Minister Dushyant Chautala urged the leaders to rise above politics and to take a collective stand to combat the situation “once and for all”. Additionally, he asked the Central Government to take the lead.

Thiruvananthapuram MP Shashi Tharoor on Saturday tweeted a picture mocking Delhi Tourism quoting ‘Delhi is injurious to health’, for which he faced backlash.

The Delhi government on Friday declared that all schools would be shut till November 5. He added that 50 lakh masks will be distributed among the students.

The Supreme Court is set to consider a report on Monday drafted by the Environment Pollution (Prevention and Control) Authority (EPPCA) related to the health emergency.

Additionally, a bench headed by Justice Arun Mishra will hear a plea on Monday regarding the pollution caused in the city due to stubble burning in the neighbouring states.

The EPPCA, besides declaring a state of public health emergency in Delhi NCR has also imposed a ban on all construction activities till November 5.

According to the Indian Meteorological Department, Delhi is expected to receive rainfall after November 6 due to an increase in wind speed, which might help bring down the pollution.