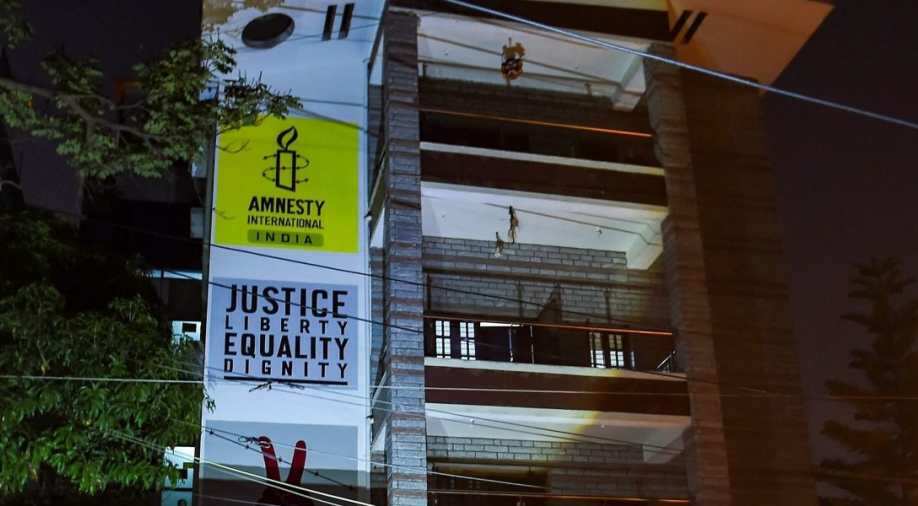 The searches are in connection with alleged violation of foreign direct investment (FDI) norms that is linked to an earlier case of revocation of FCRA licence of the NGO by the Union Home Ministry in 2010.

The searches, officials said, were launched late noon under the Foreign Exchange Management Act (FEMA) at the two locations of the NGO in the Karnataka capital and the sleuths of the central probe agency are looking for documents and other evidences.

The searches are in connection with alleged violation of foreign direct investment (FDI) norms that is linked to an earlier case of revocation of FCRA licence of the NGO by the Union Home Ministry in 2010, the ED said.

"After Amnesty International India Foundation Trust (AIIFT) was denied the permission/registration under FCRA (Foreign Contribution Regulation Act) by the MHA (ministry of home affairs) they resorted to bypass the FCRA by floating commercial entity in the name of Amnesty lnternational India Pvt Ltd (AIIPL).

"This entity has received foreign funds through commercial route to the extent of Rs 36 crore till date," the ED said in a statement.

Out of the total amount of Rs 36 crore, it said, Rs 10 crore was received as long term loans.

"This amount was immediately placed in FDs (fixed deposits) and another Indian entity-- Indians for Amnesty International Trust (IAIT) had established an over draft facility for Rs 14.25 crore keeping the said 10 crore FD as collateral which means the receipt of FDI by trust only.

"The remaining Rs 26 crore was received in two other bank accounts of AIIPL as consultancy services. The inwards remittances received by the AIIPL from overseas is in violation of FDI guidelines," it said.

In this background, searches were conducted at Bengaluru office of the NGO and further probe is in progress, it said.

The agency, sometime back, had frozen over a dozen bank accounts of environmental NGO Greenpeace and its linked entity after it conducted searches at their premises in Bengaluru on charges of alleged forex violations after taking cognisance of the FCRA action against it.