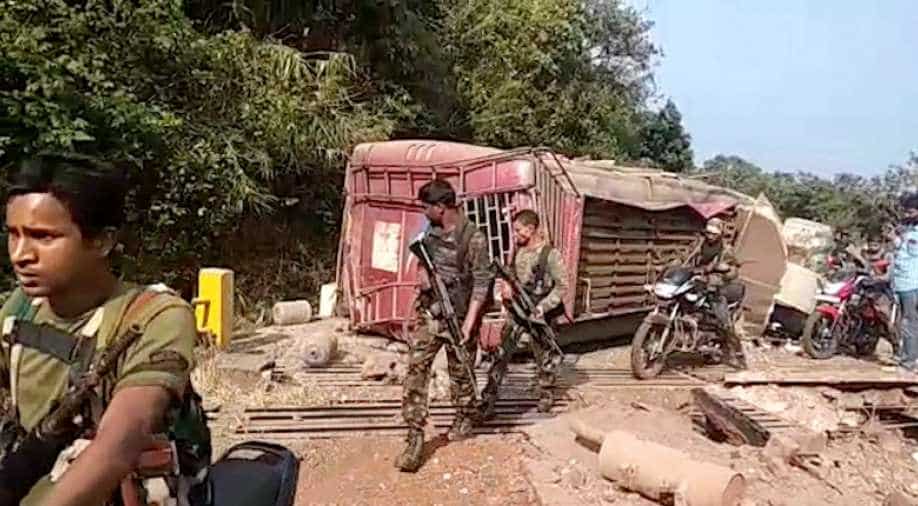 There are 18 seats mostly in the Naxal belt where polls will be contested today.

Polling began slowly as 14 per cent voters exercised their franchise in the first two hours. However, it picked up later as over 25 per cent voter turnout was recorded till 1pm.

Thirty-one EVMs and 61 VVPAT machines were replaced due to technical snags, a poll official told PTI.

Earlier on Monday, Naxals denoted an IED near Tumakpal camp in Katekalyan block in Dantewada as poll booths opened today in Chhattisgarh for the first phase of voting.

There are 18 seats mostly in the Naxal belt where polls will be held today. The Central Reserve Police Force (CRPF), Border Security Force (BSF) and Indo-Tibetan Border Police (ITBP) personnel have already been put in place to secure the poll booths.

Despite the heavy security, in the last ten days over 300 IEDs have been recovered from the Bastar region and Rajnandgaon district by security forces. On Sunday, a BSF personnel was injured when Naxals detonated an IED in Chhattisgarh's Kanker district.

The fortunes of the 90 members due to be elected will be keenly followed in the runup to the general elections a few months away. Chhattisgarh has over 1.85 crore registered voters. There are 10 seats reserved for Scheduled Castes.

Janata Congress Chhattisgarh(JCC) supremo Ajit Jogi, who was the first chief minister of Chhattisgarh in 2000, has tied up with BSP chief Mayawati to give the ruling BJP a fight at the hustings. BJP chief minister Raman Singh has promised to make Chhattisgarh a "Naxal-free" state and give pension to small and marginal farmers.