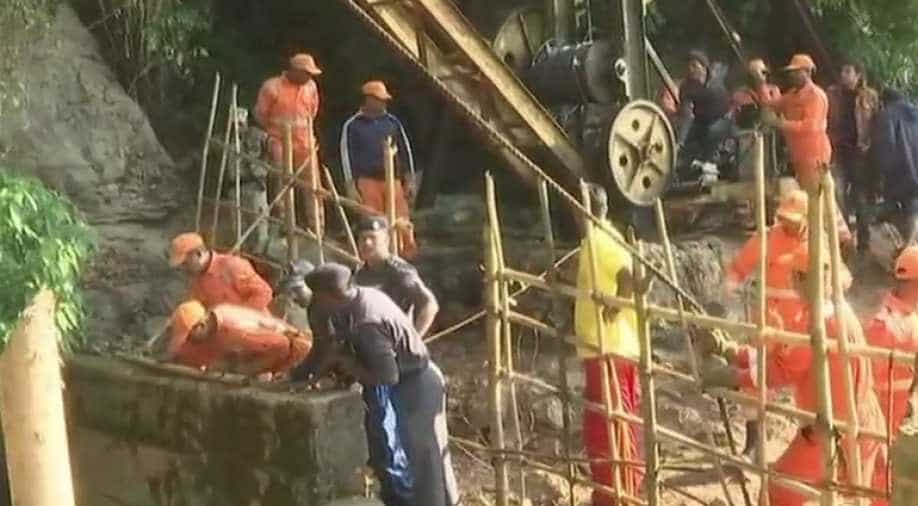 Despite the deep dive, the team was not able to reach the ground level.

The divers of Indian Navy who went inside the inundated mine in the search of the 15 trapped miners in East Jaintia Hills returned disappointed on Sunday after diving upto 70 feet deep.

"Water is chilling which makes it difficult for divers to carry out the operation. We are trying our best. Tomorrow Navy Team will go inside with sophisticated equipment that they have. We are hoping for a better output tomorrow," said the official.

Earlier in the day, Navy divers went inside the inundated coal mines to rescue 15 miners who are trapped inside since December 13. A 15-member diving team of the Navy from Vishakhapatnam arrived at Meghalaya on Saturday.

The diving team of the Navy which arrived on Saturday is equipped with specialised equipment, including high-pressure pumps and a re-compression chamber and remotely operated vehicles capable of searching underwater.

The Indian Air Force had also provided two aircraft to Meghalaya government for airlifting specialist personnel of the NDRF from Odisha for helping in the rescue operations. Union Defence Ministry has promised all help to the state government.

The 15 miners have been trapped in a 370-feet deep illegal mine in Lumthari village here since December 13, when the water from the nearby river Lytein flooded the mine.