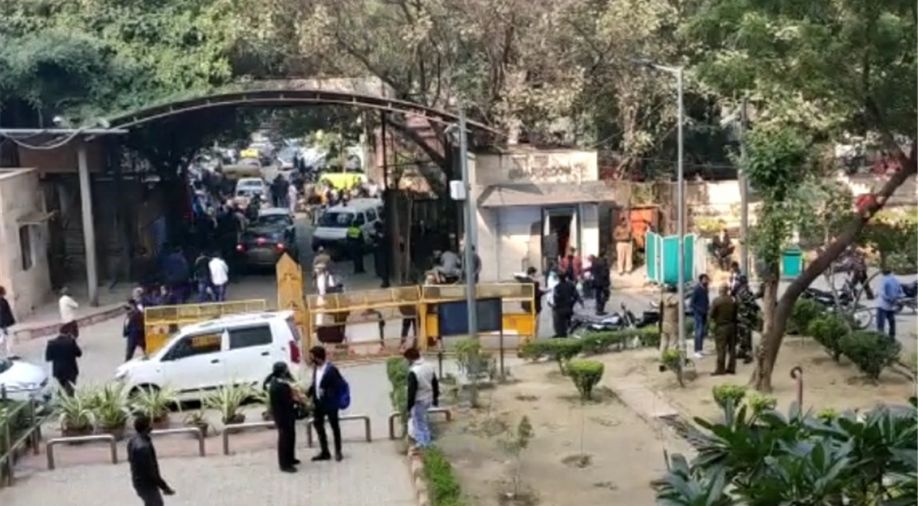 According to reports, a laptop bag is likely to be the source of the explosion which occurred around 10.30 am

Chaotic scenes were witnessed at a Delhi court on Thursday morning after a low-intensity explosion occurred on the premises, injuring a police officer.

The Delhi Police said the blast took place inside courtroom 102 of the metropolitan magistrate in Delhi’s northwest Rohini where they address traffic-related cases.

According to reports, a laptop bag is likely to be the source of the explosion which occurred around 10.30 am.

“The suspicious explosion at the Rohini Court today happened in a laptop bag, while a court proceeding was underway. One injured person has been admitted to a hospital,” police officer Pranav Tayal said was quoted as saying by news agency ANI.

All the proceedings at the court have been suspended and all gates have been shut, officials said.

The injured has been identified as police constable Rajiv Kumar, posted with Sultanpuri police station. He was taken to Dr Baba Saheb Ambedkar Hospital for treatment.

In an official statement, the Delhi Police said, “An incident of minor low-intensity explosion in a laptop bag has occurred at Rohini court complex at around 10.30 am. The spot has been cordoned off. Forensic and NSG teams are inspecting and examining it.”

The special cell of the Delhi Police is investigating the incident. The Special Commissioner of Police - Law and Order reached the site of the incident. A National Security Guard (NSG) team was also called.

Fire officials said they received information about the explosion at 10.40 am, following which seven fire tenders were rushed to the spot.

This comes two months after armed men posing as lawyers killed a gangster inside Rohini district court in September before being gunned down by police personnel.

They opened fire when gangster Jitender Maan alias Gogi was produced before the court.