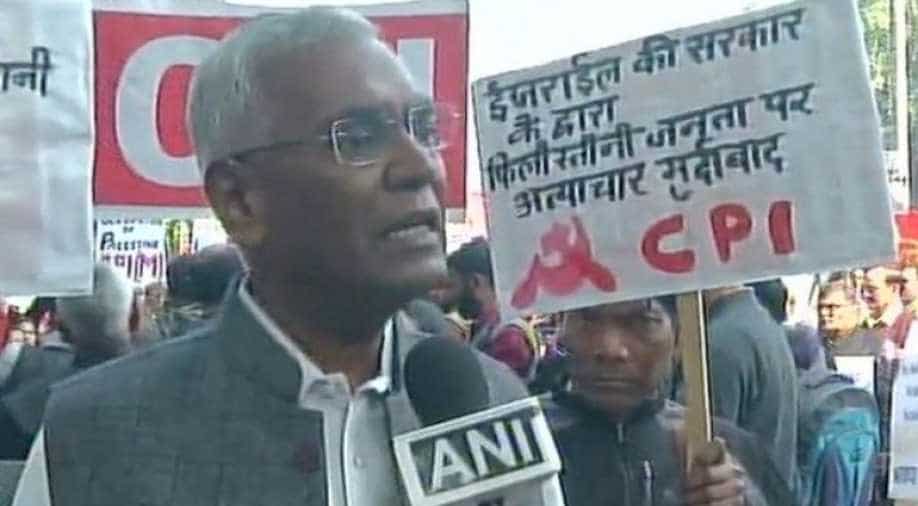 Netanyahu is in India on a six-day visit. Photograph:( ANI )

The left parties on Monday staged a protest near India Gate in Delhi against Israel Prime Minister Benjamin Netanyahu's visit to India.

Communist Party of India leader D Raja said that they were protesting against the Israel Prime Minister's visit to India do not approve of the policies pursued by the Israel government.

"The left parties have decided to communicate that people of India do not approve the policies pursued by the Israel government," said D Raja.

He further alleged that Israel is an illegal occupation of Palestinian territories adding that it was not accepting the two-state solution offered by Unite Nation.

"Unless we resolve the pelesterian question there cannot be peace and security in West Asia. It is better to address the Palestinian question in a proper historic prospective. This message we want to communicate to the visiting Israel head of the state. It is part of our democracy," he added.

Netanyahu is accompanied by his wife Sara and a 130-member delegation from various sectors, including cyber, agriculture and defence.

He is also scheduled to visit Agra, Gujarat and Mumbai.