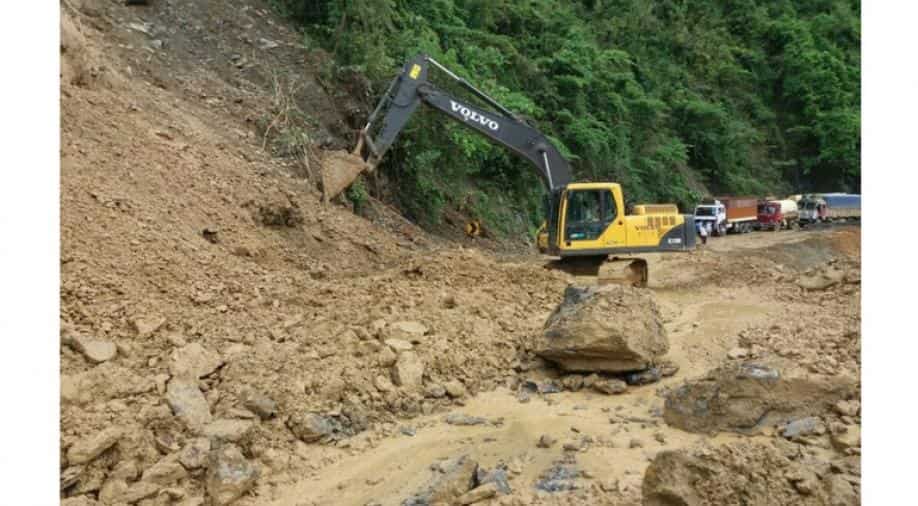 The landslide struck the 270-km highway, the only all-weather road linking Kashmir to the rest of the country, at Digdole around 4.45 am, traffic

Traffic on the Jammu-Srinagar national highway remained suspended for five hours on Tuesday due to a landslide triggered by rains in Ramban district, officials said.

The landslide struck the 270-km highway, the only all-weather road linking Kashmir to the rest of the country, at Digdole around 4.45 am, traffic
department officials said.

They said the agency concerned immediately launched a clearance operation and the highway was reopened for one-way traffic around 0945 hours.

The decision to restrict the traffic to one-way was taken to ensure smooth movement of vehicles.

The highway is being upgraded to a four-lane road and the work on the project is going on for the last several years. Keeping in view the overall condition of the road -- especially between Jawahar Tunnel and Ramban -- and its narrow width at some places, allowing two-way movement of vehicles is not feasible, the officials said.

Meanwhile, light snowfall in Pir Ki Gali along the Mughal road, an alternate link connecting Poonch and Rajouri districts in the Jammu region to Shopian district in south Kashmir, also disrupted traffic on the road this morning.

Vehicular movement was disrupted for nearly an hour in the morning due to snowfall in the high altitude areas, including Pir Ki Gali along the road during the night, the officials said.