Kashmir: Love in the times of mobile and internet shutdown 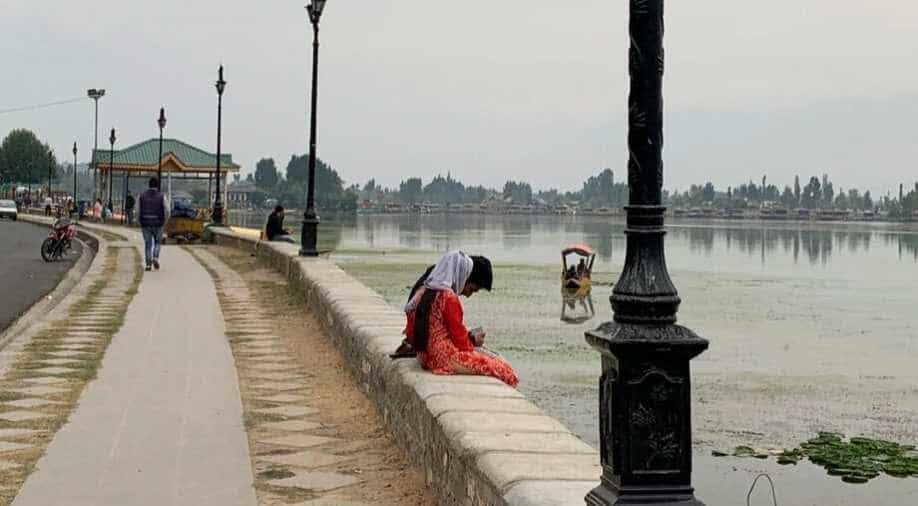 People in Kashmir are hopeful that the government will soon restore the mobile phones as the situation gets back to normal.

On August 5, when the Centre decided to abrogate article 370, which gave Jammu and Kashmir special status, the first move was to shut down communication and the internet, to avoid any gatherings and rumours. The announcement was made mid-night with strict restrictions in every district of Kashmir valley.

With time, thousands of landline phones were restored but mobile internet continues to remain shut. This has not only affected common man but also lovers in the valley, who are now spending times on the banks of Dal Lake and Jhelum river.

Most of them are having a hard time meeting and communicating. Restaurants, which are the hot favourites of couples are also shut since the abrogation of special status.

On the foothill of the Himalayan mountain range and along the banks of Dal lake, dozens of couples sit and talk while trying to avoid a gaze with the onlookers. Kashmir is a conservative society and if you are spotted meeting your lover, the backlash is inevitable.

"It's hard to fix a meeting without the mobile or internet. I am waiting for my girlfriend for 30 minutes since I last communicated to her using a telephone booth. Her dad received the call first, then I had to call again after few hours, luckily, she picked it up and we fixed the meeting spot and location," says a young man, who doesn't wish to be identified. He also said that he was seeing the girl after 60 days.

Kashmiri men in their 40's are having a flashback of the times when there would be no mobile phones and speaking to one's girlfriend from kiosks was a hard task. Mobile phone services came to Kashmir in around 2002 when Mufti Sayeed became the Chief Minister of Jammu and Kashmir. Mufti first made a phone call to then Prime Minister Atal Bihari Vajpayee from Civil Secretariat in Srinagar, setting the phones buzzing.

"My wife is in Delhi and yesterday she tried to contact me when I was at work, but couldn't. Later, she made a phone call to me over landline at home and it was just nostalgic," says Farooq Ahmad, a resident of Lal Bazaar area of Srinagar.

Dotted with leaves of autumn Chinar and one of the most prestigious addresses in Srinagar is the Bund; it is located near the city centre. The address was one of the star attractions for the foreign tourists beginning from the British era when beautifully craved houseboats in Jhelum river would evoke romance and mystique. The Bund is no longer filled with crowds, so the couples are dotting the area, without any fear.

"I told my parents that I need to collect an assignment from a friend but came to meet my boyfriend here. We fix meeting day and time in advance when we meet," said a girl in her 20's.

People in Kashmir are hopeful that the government will soon restore the mobile phones as the situation gets back to normal.