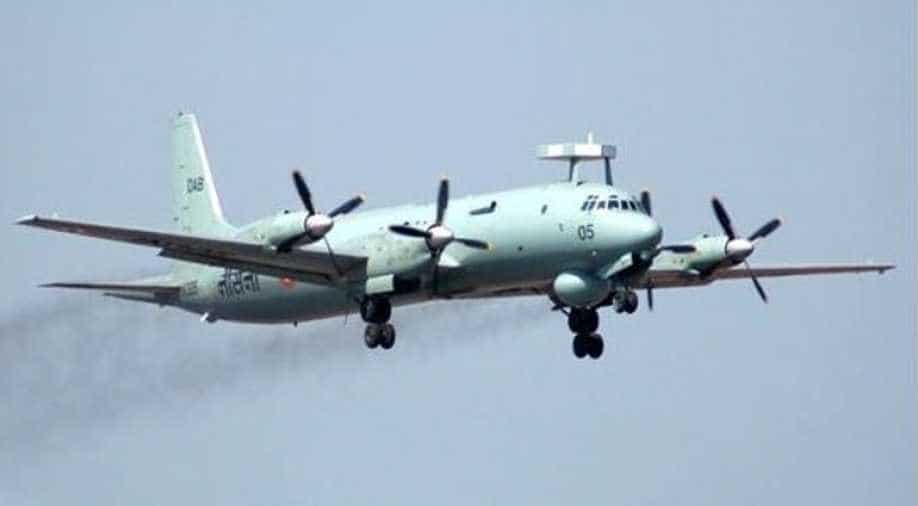 A chassis failure is suspected to have been the cause of the trouble.

According to Sputnik News, the plane landed "with unlowered front-landing gear".

The planed landed at Zhukovsky International Airport, which was shut down temporarily.

The IL-38 is a long-distance, anti-submarine plane.

The navy said it was ascertaining the damage.

It said the "aircraft is in Russia for overhaul and mid-life upgradation."

"No crew was onboard during sortie though they are present in Russia. Aircraft was on initial test flight with Russian crew," the navy added.