Five Indian nationals killed due to floods in Kenya 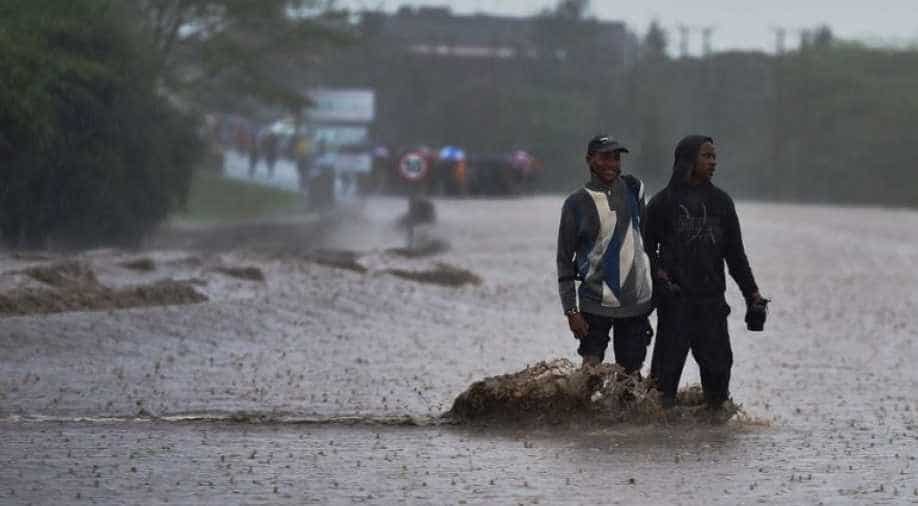 At least six tourists, including a Kenyan tour guide and five Indian nationals, were killed when their van was swept away by sudden flash floods in the town of Naivasha on Sunday, the police said.

"The guides did not read the weather of the surroundings. They know the killer waters usually originate from the highlands but didn't read this. We are there searching for possible survivors," Ochola told Xinhua.

Residents said one of the survivors alerted officers from Kenya Wildlife Service (KWS) manning the park, after managing to escape from the raging floods in the gorges.

According to local authorities, the incident occurred at around 4pm (local time), after rains pounded the areas of Mt. Longonot and Kingdom.

Ochola said search and rescue efforts were underway but water levels were high in the gorges, slowing down the process.

He added that more police officers have been deployed in the park to join the search and rescue team.

Meanwhile, the Ministry of Tourism and Wildlife said that an unknown number of tourists are feared to have drowned in flash floods while others survived.

"The ministry of tourism and wildlife is coordinating government agencies in a search and rescue operation. Our hearts and prayers are with the family and loved ones of those who died in the tragedy," the ministry added in a statement.