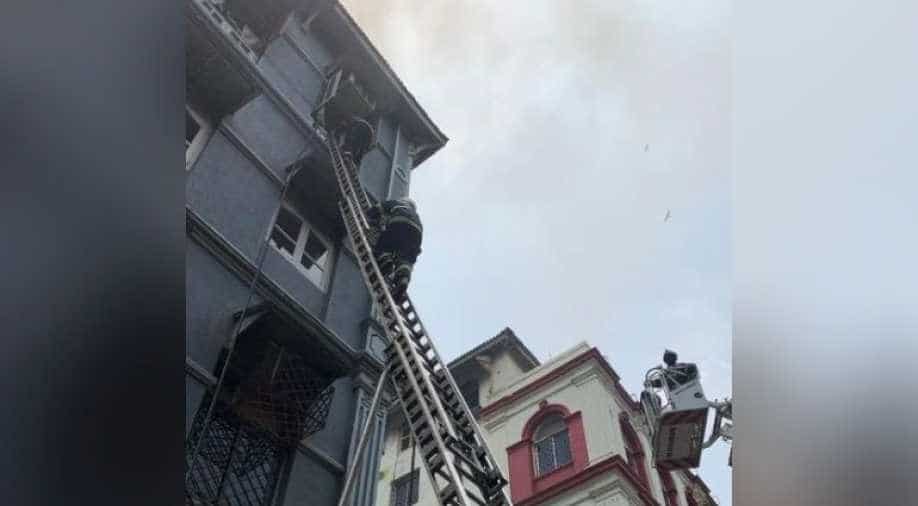 Rescue operation underway after fire broke out at the 4-storey Churchill Chambers near Taj Mahal hotel in Mumbai. Photograph:( ANI )

According to the officials, no casualty has been reported so far.

A fire broke out on Sunday in a building which is situated near the iconic Taj Mahal Hotel of Mumbai.

The blaze erupted on the third floor of the Churchill Chamber building on Merryweather Road in Colaba.

According to the officials, no casualty has been reported so far.

Mumbai: Level-2 fire breaks out on the 3rd floor of Churchill Chamber building on Merryweather Road near Taj Mahal Hotel in Colaba. Fire-fighting operation is underway. No casualties reported till now. pic.twitter.com/pHf0jZKPrG

Fire tenders have been pressed into service and fire-fighting operations are underway. Personnel from nearby police stations have also been rushed to the spot.

The cause of the fire is not yet known.