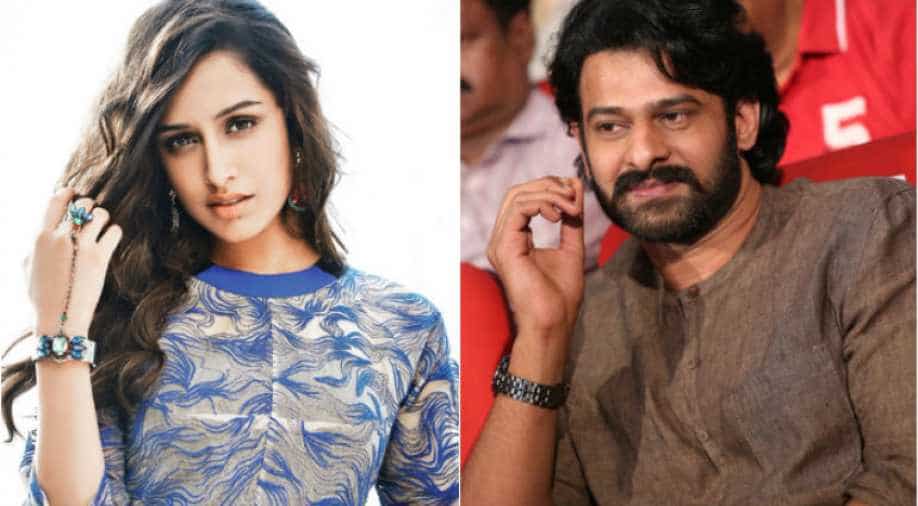 The two actors have paired up for 'Saaho'. Photograph:( India.com )

Baahubali star Prabhas says Bollywood actor Shraddha Kapoor's role in their upcoming film Saaho is extremely important and she has not been roped in only for song and dance sequences.

The 38-year-old South actor, who will be working with a Bollywood star for the first time, said Shraddha is the "best choice" for the role.

"I have never worked with a Bollywood actor before and she is the best choice for the role. We are very lucky to have her on board. Her character is not just like coming and going or just there for the songs.

"The character is very important and adds a lot of weight to the story. It is one of the most important characters in the film. She has some amazing action sequences also. It is a very strong character," Prabhas told PTI.

The actor said he is impressed by the amount of hard work and dedication Shraddha is putting in to ensure that she does justice to the role.

"Shraddha is a very hard-working actor and she is very comfortable (on the sets). Most of the actresses I have worked with have started their career in South and then shifted to Bollywood. Shraddha is already a Bollywood star, but she is very dedicated," he said.

Shraddha, 30, today started shooting for some of the action sequences for the film in Hyderabad. Prabhas, who is currently in Los Angeles, will be joining her around January 5 for a month-long schedule.

"The team has till now shot for almost 40-45 days. We will start shooting for the major action sequences soon. We are planning to release the film next year. But we will be able to finalise the exact date depending on the progress of the film," he added.

A UV Creations production, Saaho is produced by Vamsi and Pramod. Directed by Sujeeth, the project is being filmed at striking locations in India and abroad.