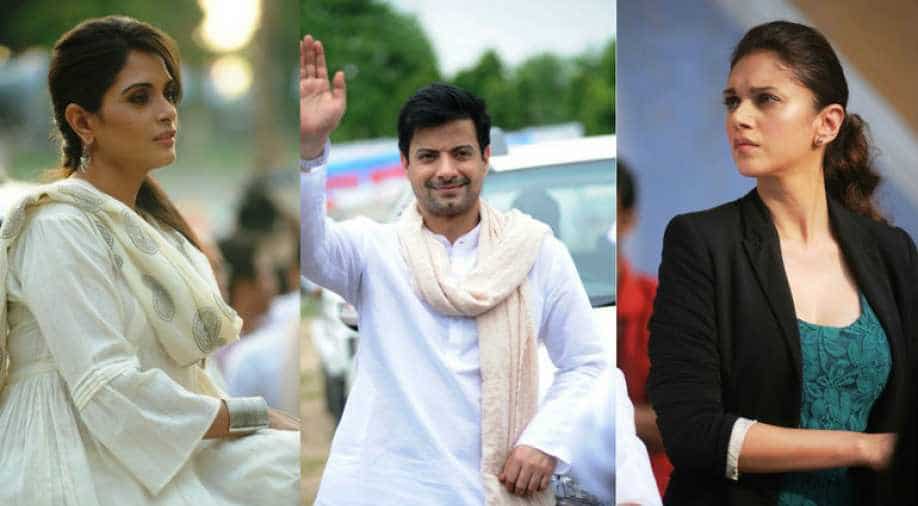 Director Sudhir Mishra who has given Indian cinema some of the most incredible and memorable films is all set with his next directorial venture, DaasDev. Starring Richa Chadha as Paro, Aditi Rao Hydari as Chandni and Rahul Bhat as Dev, the film is a modern spin on Sarat Chandra Chattopadhyay's classic novel ‘Devdas’ and is set in the modern time in hinterland India against the backdrop of politics.

Sudhir Mishra has previously given us path-breaking films like Hazaaron Khwaishein Aisi, Yeh Saali Zindagi, Khoya Khoya Chand in the past.  And now Mishra's take on the classic story will surely be something to look forward to.
DaasDev is set in a modern era in Uttar Pradesh and is a love saga with a political backdrop. DaasDev follows a path contrary to the plot of the classic novel and is a romantic thriller that talks about addiction to power, addiction to love that is explored through the main characters.

Since a lot of filmmakers have already made films based on the novel, wasn't Mishra skeptical to take up the project. "I think it's my right to use any work, everything is my heritage, so I can play with it as long as I admit it. I admit that I took Devdas, I took the three characters Dev, Paro, and Chandramukhi. As I was working, Shakespeare intruded and I allowed him to, what could I do?" said Sudhir Mishra. "Ultimately it became a film about power as it gets into the way of love. It became a reverse journey because if Devdas is a journey from a noble person to a 'das', this is a journey from 'das', a person who is a slave to his addictions and the dynastic ambitions of his family, to Dev," the director added.

Rahul Bhatt in a still from DaasDev (WION)

Mishra has also changed certain traits of Paro and Chandramukhi in his modern story. "Paro is not Paro of Sarathchandra Chatterjee's novel so I apologize for not allowing her to be trapped behind a big gate inside her husband's house. In my version, she is a modern, spunky, interesting woman who fights with the weapons she has and in the end, confronts Dev."

Richa Chadha will be playing the role of Paro. (WION)

"Similarly Chandni is as close to Chandramukhi as she can get in this day and age. She's the one who services the political forces of our time. The so-called modern semi-feudal upper-class families and the patriarchal world don't accept women like her."

Aditi Rao Hydari will play the character of Chandni, based on Chandramukhi. (WION)

Presented by Storm pictures and produced by Saptarishi Cinevision production, DaasDev is all set to release on 16th February 2018 in theatres worldwide.