Doctors remove 7.5 kg kidney in a surgery in Delhi 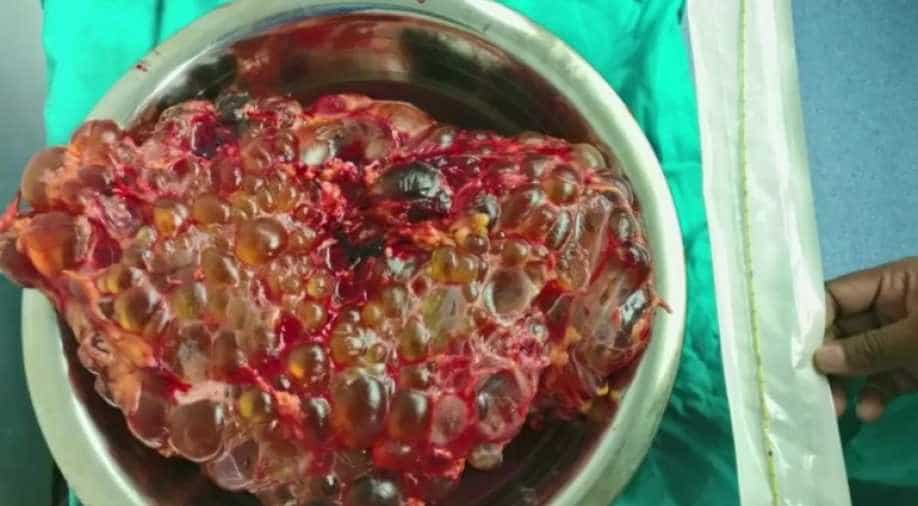 The patient was suffering from Autosomal Dominant Polycystic Kidney Disease, where cysts form on the organ and cause it to enlarge.

An extraordinarily large kidney weighing about 7.5 kgs was removed from a 56-year old patient in New Delhi on Monday.

The patient was suffering from Autosomal Dominant Polycystic Kidney Disease, where cysts form on the organ and cause it to enlarge.

The patient complained of flank pain, senior Urology Consultant Sachin Kathuria said. He added that the patient had a huge mass on the left side of his abdomen, which was later found that he had had haemorrhage in his kidney and his counts were high.

We tried managing him consequently but his health continued to deteriorate so we took a combined decision along with the team of nephrologists that we'll go ahead and remove the kidney," Kathuria said. The operation was performed at the Sir Ganga Ram Hospital in Delhi.

Reports claimed that the doctors performed a two-hour surgery after which the kidney measuring 32 x 21.8 centimetres was removed. The patient was later discharged and is currently on dialysis.

"This patient was unique because when we removed the kidney we didn't even realise that it was as huge as this much," the doctor added.

As per reports, in medical history, only in two cases, kidneys larger than that in this case had been removed: one weighing 9 kg in the United States and an 8.87 kg kidney that was removed in the Netherlands.