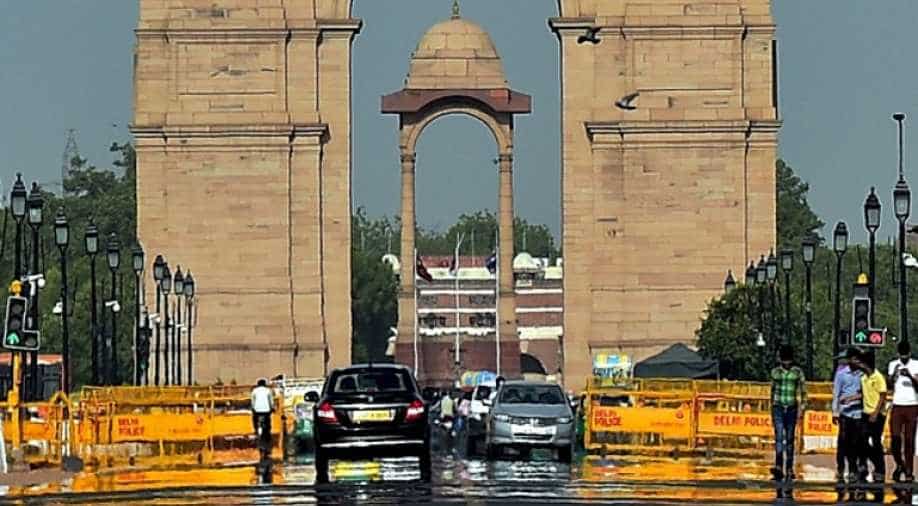 A mirage appears on the Rajpath as the mercury soars in New Delhi. Photograph:( PTI )

Delhiites witnessed the hottest day of the season on Wednesday, with the maximum temperature settling at 40.6 degrees Celsius.

Palam weather station recorded a maximum of 40.6 degrees Celsius, the hottest in the city.

Safdarjung recorded 38.6 degrees. Both were the highest recorded March temperatures at the respective stations since 2010.

The readings were as much as eight degrees above normal at Palam and seven at Safdarjung.

The lowest was registered by Mungeshpur village near Bawana in northwest Delhi at 37 degrees Celsius.

The weather was dry with a clear sky and no rains. While Tuesday saw a maximum temperature of 38.8 degrees Celsius, the IMD (India Meteorological Department) forecast a maximum of 37 degrees Celsius for Thursday.