Death toll due to thunderstorm, lightning rises to 80 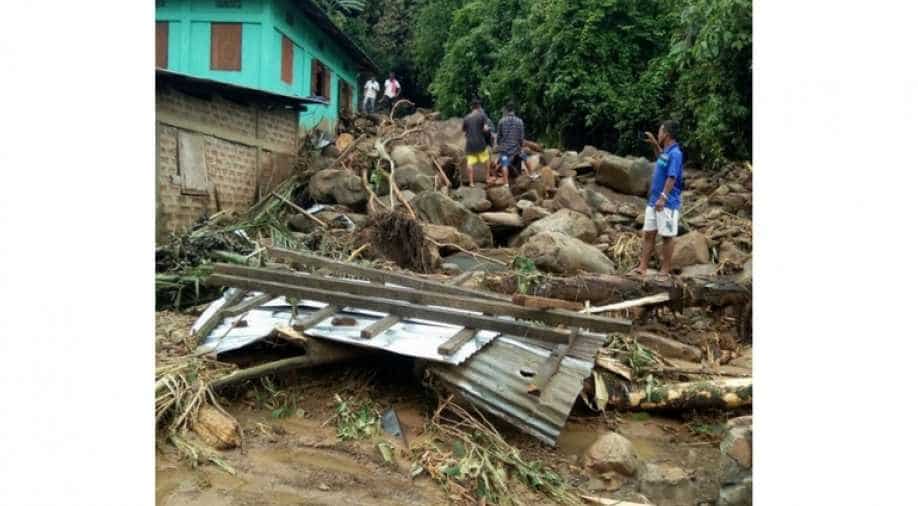 Destruction caused due to the thunderstorm. Photograph:(Zee News Network)
Follow Us

According to the Ministry of External Affairs, the death toll in several North&nbspIndian&nbspstates due to thunderstorm and lightning&nbsphas risen to 80.

The deaths were reported from the states of Uttar Pradesh, Andhra Pradesh, West Bengal, Delhi and Uttrakhand.

The devastation was caused by the high-velocity wind that struck parts of north India on the intervening night of May 13-14. The thunder&nbsphad also disrupted road, rail and air services last evening.

The Ministry of External Affairs&nbspstated, "As per information received from UP, Andhra Pradesh, West Bengal, Delhi & Uttarakhand 80 lives have been lost (UP-51, Andhra-12, WB-14, Delhi-2, Uttarakhand-1) due to lightning/thunderstorm during intervening night of 13-14 May, 136 people were injured"

The devastation had come 12 days after storms hit Uttar Pradesh (UP), Rajasthan, Telangana, Uttarakhand and Punjab, killing 134 people and injuring over 400.