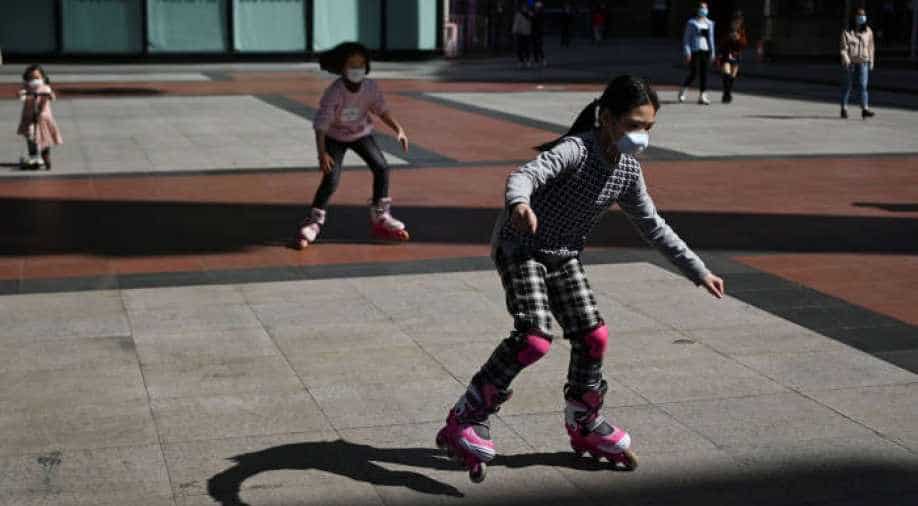 The hampering of routine immunisation of children against 'old enemies' like diphtheria, measles, tetanus and polio during the two-month coronavirus lockdown has triggered serious concerns about a possible resurgence of such vaccine-preventable diseases among them, according to experts.

An estimated 20-22 lakh children across the country under the age of one are targeted for vaccination under national programmes every month which translates into approximately 260 lakh children per year, according to official sources.

In the first two phases of the lockdown that spanned 40 days, people could not reach immunisation camps due to unavailability of transport facilities while several states themselves had temporarily suspended vaccination sessions as they were busy in preparations to deal with the pandemic.

According to sources, when the lockdown was announced, states like UP and Bihar, which constitute almost 30 per cent of the national birth cohort (under one year), had stopped vaccination programmes including sessions held in villages, while states like Odisha, Rajasthan, Kerala and Delhi also had paused such drives for a few days.

"Several states had stopped the routine healthcare activities, including immunisation, and the disruption may have led to over 15 lakh children missing out on vaccination completely or partially. States have resumed their services, but have a huge backlog to cover," Chhaya Pachauli, member of the Jan Swasthya Abhiyan (JSA), a national platform that co-ordinates activities on healthcare across the country, said.

"With its routine immunisation programmes, India has made significant strides in terms of protecting its children from infectious diseases like polio, measles, tetanus and diphtheria over the years and a delay in vaccination may lead to disastrous results," she said.

However, no official figure was available on how many children missed vaccination during the lockdown period.

According to government sources, many children may have missed immunisation in the initial days of the lockdown but all the states have subsequently resumed the immunisation programmes following talks with the Union health ministry which asked them not to halt vaccination especially in green zones and outside the buffer zones.

"While many other countries stopped immunisation totally due to lockdown and non-supply of vaccines to the session sites, India was able to tide over the situation because of the continuous push from the Centre and the supply chain was also steadily maintained," an official source said.

"After the Union health ministry issued guidelines on carrying out immunisation during COVID-19 outbreak, the states are geared up not only to resume the drive but also to cover the huge backlog," the source said.

According to Dr Yogesh Jain, public health physician at NGO Jan Swasthya Sahayog, the number of children who may have missed vaccination could be way over 15 lakh.

"And the bigger point here is that this missing of vaccine dose is not only a process indicator of how our health systems have failed in the setting of COVID-19, but it actually means a major impact on the outcomes on childhood survival," Jain said.

"Because the vaccines we presently give look at old enemies like diptheria, tetanus, measles and polio and bring back home the greatest fear we had regarding impact of COVID-19 on the health systems. Yes, we will lose some people due to COVID-19 but the much larger impact would be the non-COVID causes of death of which the vaccine-preventable will be one major group," Jain said.

A recent online study conducted by Child Rights and You about ?understanding the effects of COVID- 19 on children' found that 49 per cent of parents or primary caregivers of children aged 0-5 years stated that they could not get access to basic child healthcare such as immunisation during the lockdown.

The impact of non-immunization will be aggravated with the compromised immune system, especially in the vulnerable populations, and push many children towards life-threatening diseases and infections, the CRY said in a statement.

"Global fraternity of science and research is trying to develop the vaccine for COVID-19 and in the meantime, the entire world is struggling with the spread and impact of the virus, including India. The irony is we are not even able to provide the already available vaccination to life-threatening diseases in the lockdown situation," it said.

Anindit Roy-Chowdhury, Director for Programme, Policy and Impact, at child rights NGO Save the Children said access to essential health services in India has become a tremendous concern along with the availability of nutritious food for children.

Quoting WHO's figures that 80 million children have missed their regular immunisation cycle world over, Chowdhury said though the exact numbers are hard to estimate in India, the fact remains that a large proportion of children in the country will be missing their immunisation cycles.

"This is even more true for the most marginalised, the urban and the rural poor. Also, migrant labourer families who have now moved back to their villages have unfortunately not been able to prioritise their children's immunisation... Because food and shelter have become the greatest concern," Chowdhury said.

The Union health ministry on May 21 issued guidelines stating birth dose vaccinations at health facilities would continue irrespective of the categorisation of zones amid the COVID-19 pandemic.

In other cases, providing vaccination doses will only be allowed outside the containment and buffer zones, and in green zones.

An area enlisted as a ''containment or buffer zone'' should stop health facility-based sessions and outreach sessions, but someone who walks into a health facility to get their child vaccinated should not be turned away.