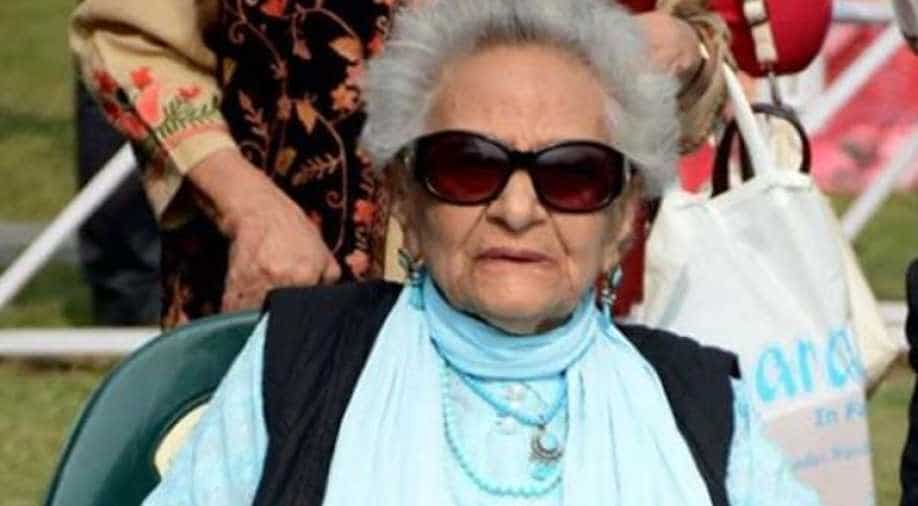 Former Uttar Pradesh minister and Congress leader Begum Hamida Habibullah passed away on Tuesday at her residence in Lucknow after a prolonged illness. She was 102.

She was married to General Inayat Habibullah, the founder commandant of the National Defence Academy(NDA), Khadakvasla, Pune. Their son Wajahat Habibullah became the first Chief Information Commissioner of India.

After her husband retired from the army in 1965, Begum Habibullah joined politics with the Congress party. She was elected as the MLA from Haidergarh (Barabanki) and was state minister of social and Harijan welfare, national integration and civil defence from 1971 to 1973 and tourism minister from 1971 to 1974.

Begum Habibullah was often seen as a pioneer in women's empowerment, especially in her native state.

She completed her Teachers Training course from Whiteland College, London she returned home and thereafter played a major role in further women's education in her home state where she became the president of the Avad Girls Degree College (AGDC) for girls in 1975.

Her burial will reportedly take place later today at Saidanpur her native village in Barabanki.