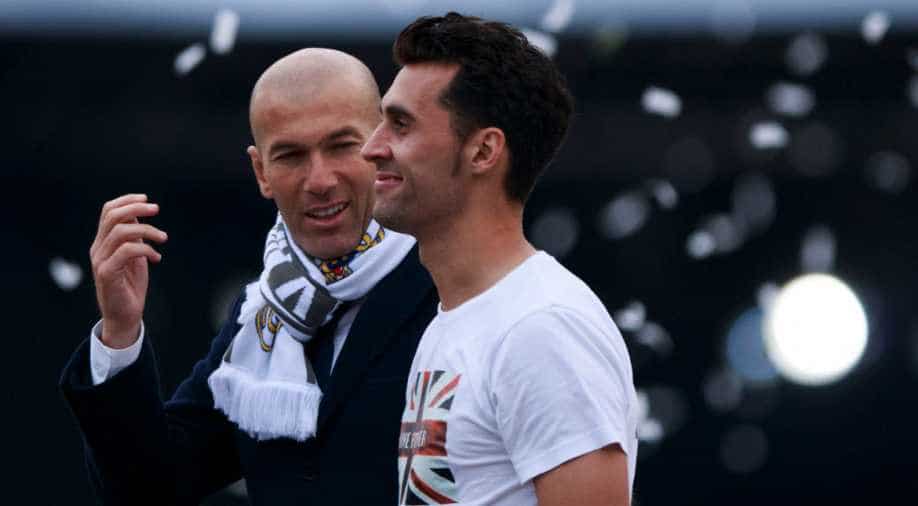 Their turn of fortunes under Zidane has been remarkable, the Frenchman quickly galvanising a demotivated squad and masterminding their march to glory in last season's Champions League and lifting the UEFA European Super Cup. Photograph:( Getty )

The 11-times European champions are the top attraction at this year's tournament in Japan and can overtake arch-rivals Barcelona as the team with the most international trophies in world football.

Real were in a state of upheaval when they watched Barcelona stroll to a 3-0 win over River Plate in last year's final, having been expelled from their domestic cup competition for fielding an ineligible player and with coach Rafael Benitez on the brink of being sacked.

Their turn of fortunes under Zidane has been remarkable, the Frenchman quickly galvanising a demotivated squad and masterminding their march to glory in last season's Champions League and lifting the UEFA European Super Cup.

They are also guaranteed to be top of the league standings in Spain when they embark for Japan.

"Zizou has that kind of magic that dazzles you," Real captain Sergio Ramos said of Zidane.

"He's taken the group in the right direction and we're going places. There's a lot of harmony, he's more sympathetic than our last coach and everyone can see what he has achieved."

While Zidane's first full season will be judged on whether Real remain top of the league come the end of May and how far they go in their Champions League defence, the Frenchman is taking the Club World Cup seriously.

He is expected to bring an almost full strength squad, minus the injured Gareth Bale, to Japan as Real target a record 21st international title to take them past Barca and Egyptian side Al-Ahly.

Real's first game in Yokohama will be a semi-final on December 15 against South Korea's Jeonbuk Motors or Mexican side Club America. The final is scheduled for December 18.