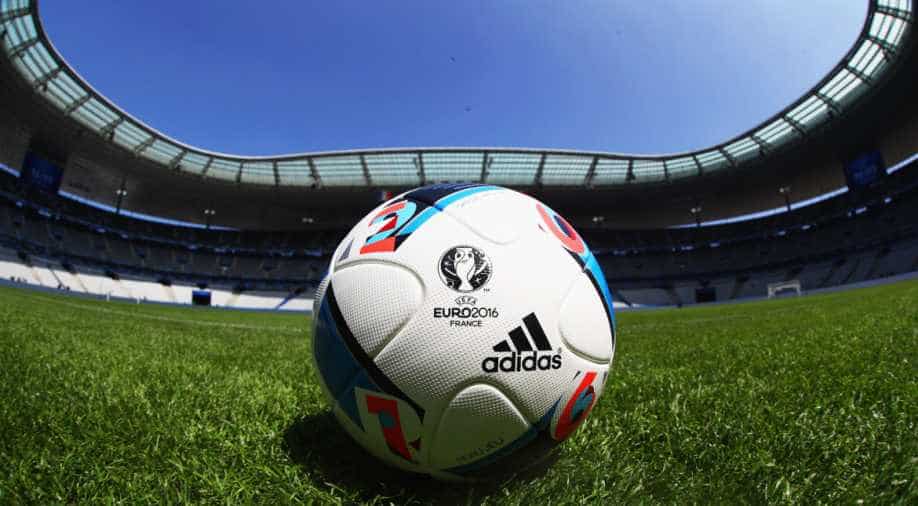 This is not a street fighting championship, this is football. Photograph:( Getty )

Follow Us
We take a look back at some of the best quotes from the Euro 2016 group stage:

"Iceland didn’t try nothing, they just defend, defend, defend, they had two chances and scored a goal, it was a lucky night for them. We're frustrated, they didn't try and play. It's why I think they will do nothing here. In my opinion, it’s a small mentality."

- Cristiano Ronaldo lashes out at Iceland's defensive approach after a 1-1 draw in their opening Group F match.

"He's a fantastic footballer, but he's not a gracious human being and the thing is we almost nicked the win, so him saying we weren't going for the win contradicts that."

"I hope Puma does not produce condoms."

- Xherdan Shaqiri after four Switzerland players' shirts ripped during the 0-0 draw with France.

"I believe 80 per cent of you (journalists) and me as well, sometimes scratch your nuts from time to time."

"I think we've got a lot more passion and pride about us than them. We'll definitely show that on the day. They big themselves up before they've done anything, so we're going to go there and we believe we can beat them."

- Germany’s Mario Goetze on criticism of his performances at Euro 2016, two years after his goal won the 2014 World Cup final.

"I would guess we will change the national holiday. It's normally on June 17, but they will probably change it now."

- Iceland's joint coach Heimir Hallgrimsson after their historic 2-1 win over Austria sent the country into the last 16.

"The legend can still deliver."

- Sweden striker Zlatan Ibrahimovic before the tournament. His team crashed out with just a single point as he called time on his international career.

"This is not a street fighting championship, this is football."

- Russia's Artem Dzyuba on the violence before his side's clash with England.

"He's fine. We locked him up about 25 minutes ago. He's caged in at this minute, as his beard gets longer, and uglier. But he's good. He's the werewolf of Manchester."