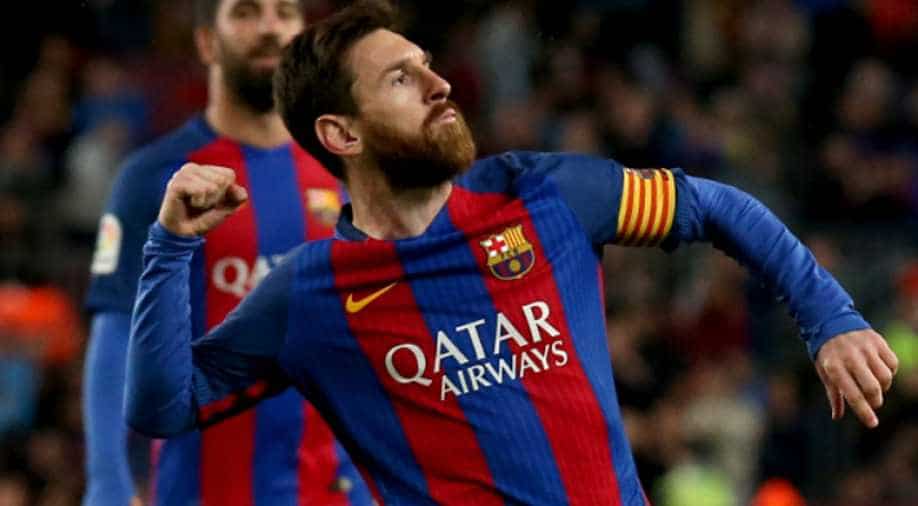 FIFA said its appeal committee sided with a challenge filed on Messi's behalf by the Argentine Football Association and lifted "the sanctions imposed on him". Photograph:( Reuters )

Football's governing body FIFA has overturned Argentina star Lionel Messi's four-game ban from international matches imposed for swearing at an assistant referee, saying there was not enough evidence to support the stiff punishment.

Messi had allegedly insulted the referee in a match against Chile which led FIFA to ban the star player. Argentina promptly lost the match the next day against Bolivia with Messi being absent.

The U-turn is a major boost to Argentina's hopes of reaching next year's World Cup in Russia, with the South Americans struggling in regional qualifying.

FIFA said its appeal committee sided with a challenge filed on Messi's behalf by the Argentine Football Association and lifted "the sanctions imposed on him as a result".

"Despite the fact that the FIFA Appeal Committee considered Lionel Messi's behaviour as reproachable" it concluded "the evidence available was not sufficient" to justify a four-game ban.

In March the striker was found guilty of "having directed insulting words at an assistant referee" in a World Cup qualifier against Chile which Argentina won 1-0 thanks to a penalty from the Barcelona hitman.

Argentine football chief Armando Perez conceded that Messi "made a mistake", but argued that FIFA's sanction was disproportionate.