Argentines rally to bring Messi back to national team 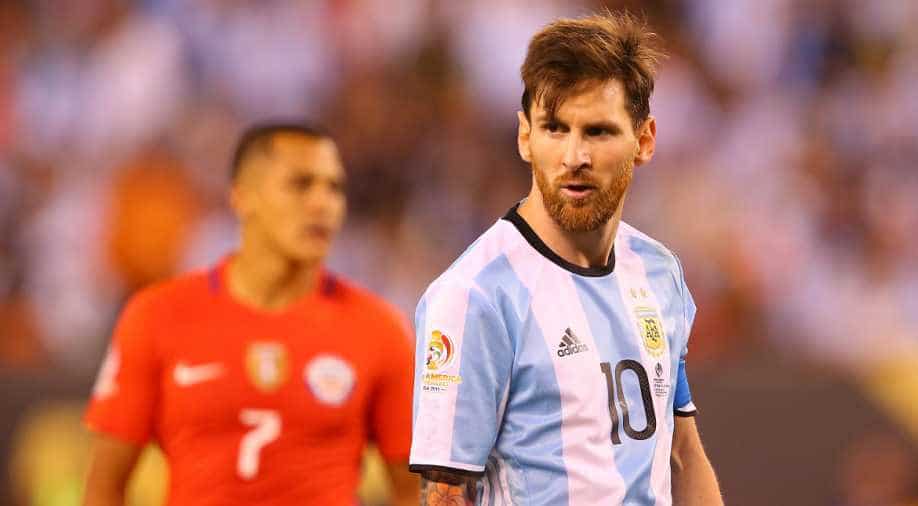 Messi announced his decision to stop playing for Argentina last week after the side lost Copa America final to Chile on penalty kicks. Photograph:(Getty)
Follow Us
Hundreds of Argentine soccer fans rallied under the pouring rain at Buenos Aires' landmark obelisk on Saturday to call on national soccer star Lionel Messi to return to the team following his recent decision to leave.

Messi announced last week that he would no longer play for Argentina after the side lost the Copa America final to Chile on penalty kicks.

His decision caused an uproar throughout Argentina with soccer fans pleading for him to change his mind.

"The truth is it's very painful, what a shame. We have to encourage him and cover the mouths of everyone who criticises him," said fan Patricio Marquez.

"I see him play and it moves me. He must return. Sorry to get all emotional but it is what I feel. To me, he is out of this world, a god, and if he doesn't return, he is forgiven." said fan Juan Alberto Salas.

Saturday's demo was organised via social media with some 70,000  saying they would attend, but the heavy rain affected turn-out.

Messi, a five times World Player of the Year, missed Argentina's opening penalty kick in the shootout after the game ended 0-0 and he was shown in tears afterwards while sitting in the team dugout.

The 29-year-old Barcelona striker has played in three Copa America finals in 2007, 2015 and 2016 and the 2014 World Cup final, and was on the losing side every time. Argentina failed to score in all four matches.

Messi currently is on vacation in the Bahamas with his family.