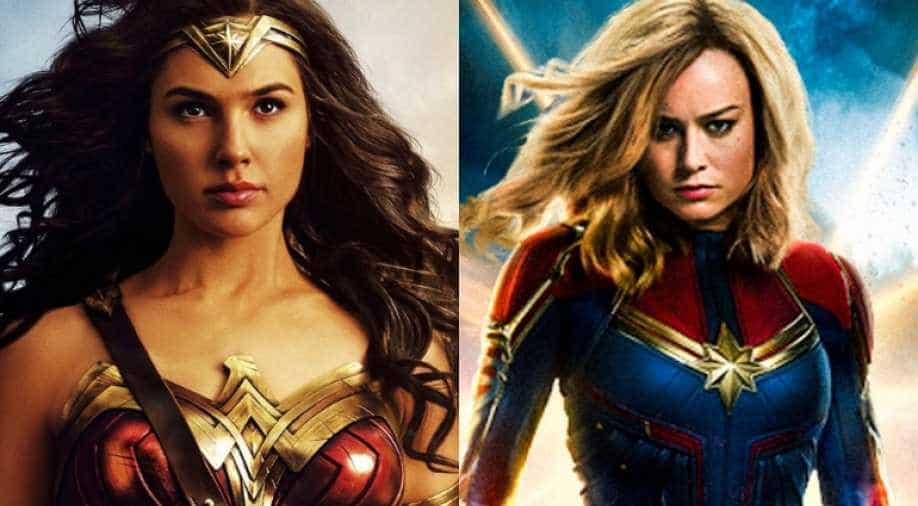 While the world has been comparing the two films, Gal Gadot who plays Wonder Woman has praised Brie Larson's performance.

This is what sisterhood stands for. As Marvel released its first female superhero film 'Captain Marvel' on 8th March, the film was instantly compared to DC's 'Wonder Woman' which also had a female superhero. But while the world has been comparing the two films, Gal Gadot who plays Wonder Woman has praised Brie Larson's performance.

While the Marvel film managed to break the record of DC’s ‘Wonder Woman’ and it seems like for the ladies, this is much more than the competition. It is about celebrating women empowerment.  Taking to her Instagram story, Gadot posted an animated image of herself standing alongside Brie Larson character, arm in arm, and wrote, “I`m so happy for you sister! Congrats.”

um hi so gal gadot wonder woman herself posted my art on her ig stories to support brie larson’s captain marvel. i can’t put into words how incredible happy i am not only for it being my art but for them supporting each other. i make this kind of art to bring women together and show how important female leads are for us. thank you😭 ALSO GAL AND BRIE I LOVE YOU BOTH SO MUCH i’m just a 17 year old fan girl i can’t help myself thank you for coming to my ted talk

Shortly after the film was released on March 8, it managed to come up as the second largest opening for a comic book movie behind 2018`s `Avengers: Infinity War`.