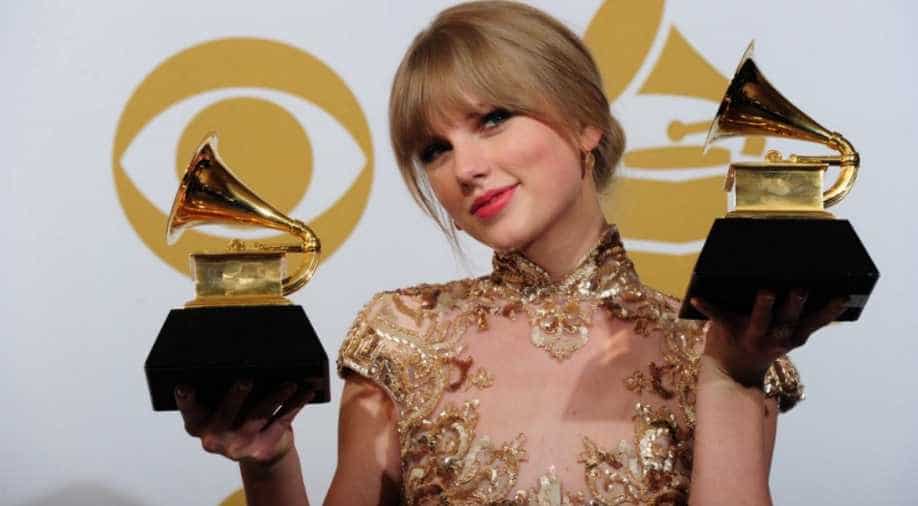 Taylor Swift is also said to have been in the nomination list for Grammys 2020 Photograph:( AFP )

The official list is to be out today on November 20 at 6.50 pm (India time) but many suggest that the list was leaked yesterday and it includes some favourites like Ariana Grande, Taylor Swift and more.

There has been an interesting development in the world of music and those waiting eagerly for the nominations list for Grammys 2020. According to many fans on the internet, the Grammys 2020 nominations list was leaked online, a day before the actual list was to be released by officially by the Recording Academy.

The official list is to be out today on November 20 at 6.50 pm (India time) but many suggest that the list was leaked yesterday and it includes some favourites like Ariana Grande, Taylor Swift and more.

On November 19, some fans said that they saw an unexplained jump in the number of Grammy nominations record in the total tally for many artists. They said that the Recording Academy website had changed many artists' number of nominations. For example, Ariana Grande's page showed that she has 11 nominations, but as of the 2019 Grammy Awards she only had six which means the additional 5 are from the current lot that got leaked.

While some pointed out that it could merely be a technical error on the part of the official website but others argued that the same can be said for another artist Billie Eilish who has six nominations while she has never been nominated before.

According to the latest update, E! News reported that they got in touch with The Recording Academy and they said that they were testing the website and there were technical issues on the back end.

Last year’s Grammys also had some other reasons for being in the news when a fake winners list began to circulate on the net. The list, however, proved to be bogus as it had no match with the actual winners' list that came out later.

Watch out this space for more news on Grammys 2020 nominations.

Here's everything you'll need to know to find out which of your favorite artists, albums, songs and more will be nominated tomorrow for the 62nd #GRAMMYs. 🎶 https://t.co/H5mCvDFOXW