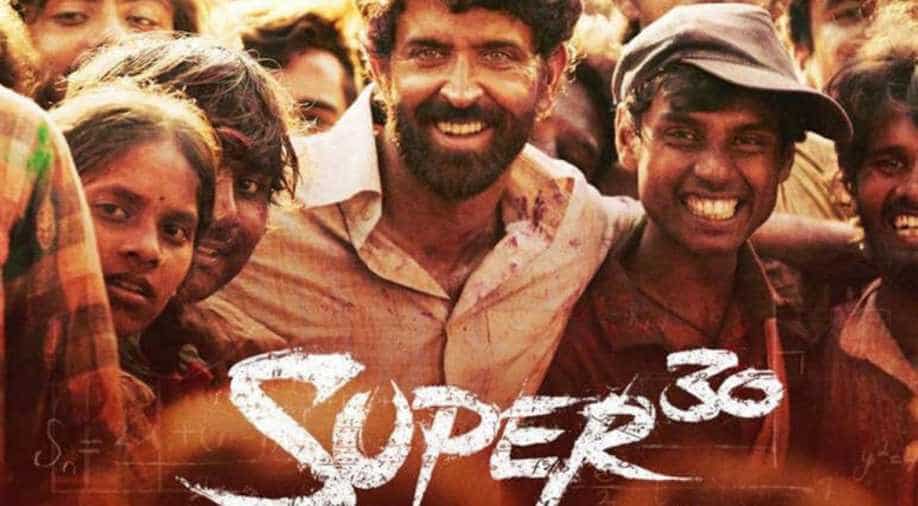 All the 3 movies by Reliance Entertainment will be re-released in Regal Virginia Center and Regal countryside in Virginia, USA.

Hrithik Roshan-starrer 'Super 30', Ranveer Singh-starrer 'Simmba', and Taapsee Pannu-starrer 'Saand Ki Aankh' are set to be re-released in the USA on August 28.

Film critic and movie trade analyst Taran Adarsh took to Twitter and announced the release of the three films. He noted, "RE-RELEASE IN #USA... Reliance Entertainment to re-release #Super30, #Simmba and #SaandKiAankh on 28 Aug 2020 in #USA."

RE-RELEASE IN #USA... Reliance Entertainment to re-release #Super30, #Simmba and #SaandKiAankh on 28 Aug 2020 in #USA. pic.twitter.com/UT03LnOm9e

All the 3 movies by Reliance Entertainment will be re-released in Regal Virginia Center and Regal countryside in Virginia, USA. 'Super 30' chronicles the life story of Anand Kumar essayed by (Hrithik), an Indian mathematician who quit his job as a teacher in a top coaching centre attended by rich students, to dedicate his time to teach underprivileged children.

In pics: As 'Masaba Masaba' releases, here's a list of actors that played fictional versions of self

Directed by Vikas Bahl, the film also stars Mrunal Thakur and Nandish Sandhu in pivotal roles and had hit the screens on July 12 last year.

Also read: Ajay Devgn-starrer 'Golmaal Again' to re-release in US

'Simmba', features Ranveer as a corrupt police officer who has a moral turnaround after a particular incident and becomes the saviour of justice. The film, co-starring Sara Ali Khan, opened on December 28 in 2018.

Taapsee Pannu and Bhumi Pednekar-starrer 'Saand Ki Aankh' is a biographical movie based on Prakashi Tomar and Chandro Tomar  the octogenarians known as the world`s oldest sharpshooters from Johri village in Uttar Pradesh`s Baghpat. Both of them have various national championships to their names.