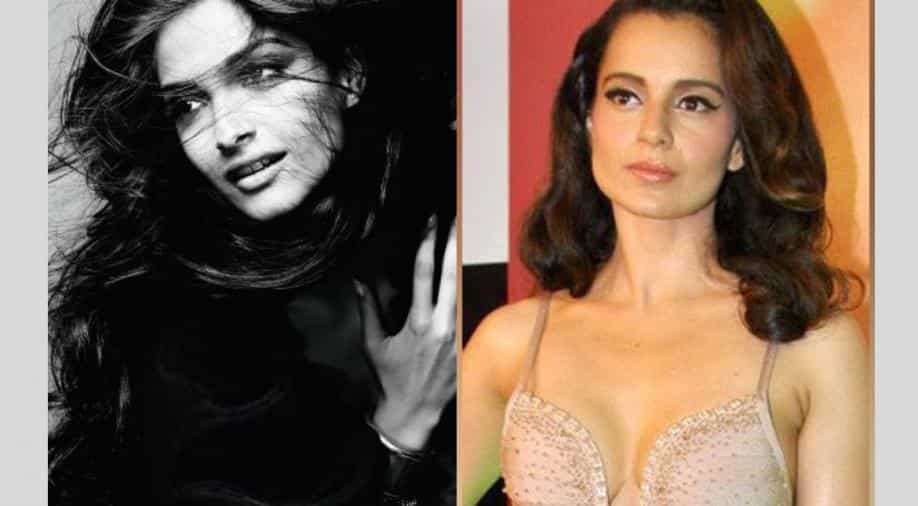 As Kangana shared her #MeToo story, Sonam said, "she says a lot of stuff and sometimes is hard to take her seriously." This didn't go down well with Kangana who hit back.

If you thought Bollywood was past its catfight days, think again as Sonam Kapoor and Kangana Ranaut get caught up in a new controversy over entertainment industry’s own #MeToo movement.

At a recent event, Sonam criticised Kangana as she too opened up on her sexual harassment encounter with 'Queen' director Vikas Bahl. She added to the claims made by a Phantom Films staffer who said that she was harassed by the co-owner in her hotel room in Goa. Kangana added to this and said that she supports the woman who has come out as she too has encountered similar incident with respect to Vikas while they were shooting for Queen.

When asked to comment on this, Sonam said that what happened was just disgusting but also said that 'Manikarnika' actress says many things and it’s hard to take her seriously sometimes. She added that at the same time, she likes Kangana’s spunk.

Sonam said, “I think Kangana wrote something. Kangana is obviously Kangana Ranaut. She says a lot of stuff and sometimes is hard to take her seriously. I love the fact that she has spunk and she says what she believes. I really respect for that. I don’t know him, I don’t know the situation. If what is written what is written is true, then it’s disgusting and awful. If it’s true, then they should be punished for it.”

This irked Kangana, who in an interview bashed Sonam’s statement and questioned her for her “judgemental” comment. She said, “What does she mean by saying, “its hard to believe Kangana” When I am sharing my me too story, who gives her a right to judge me? So, Sonam Kapoor has the license of trusting some women and some she won’t...What makes her so unsure of my claims, I am known to be an articulate person, I have represented my country in many international summits, I am called as a thought and youth influencer to these summits, I am not known because of my dad I have earned my place and credibility after struggling for a decade. She isn’t known to be a great actress, neither she has the reputation of being a good speaker...... What gives these filmy people right to take digs at me!!!! I will demolish each one of them.”

Anurag Kashyap also apologised to the woman who came out against Vikas as she confided in him when the incident took place but he didn’t take a stand for her. He, however, said that he “named and shamed him in private.”