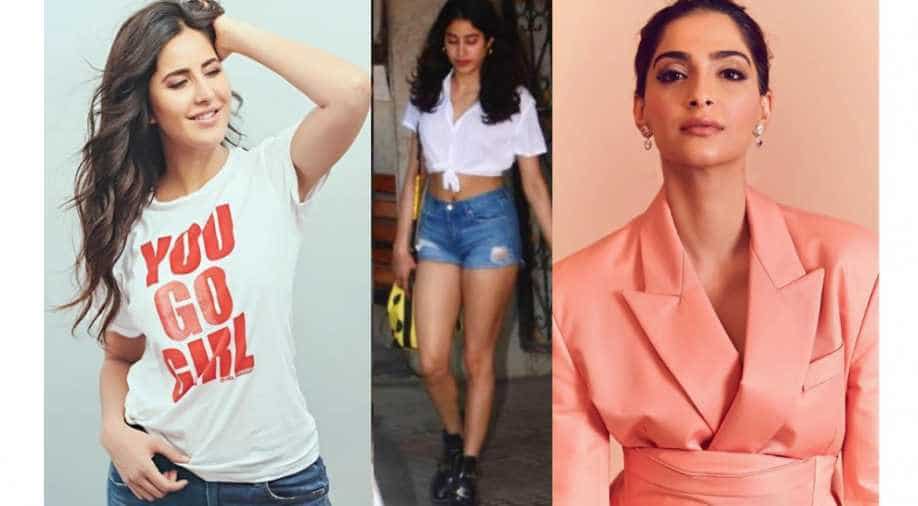 The comment didn’t seem to sit very well with Sonam Kapoor who took to her Instagram to defend her sister.

Katrina Kaif and Sonam Kapoor had a social media banter after former commented on the latter’s sister’s sartorial choices.

Katrina was recently asked by Neha Dhupia in a show as for which celebrity according to her gets over-the-top with his/her gym and workout looks. To this, Katrina answered,  “Not OTT, but I am concerned about the very, very short shorts that Jahnvi wears! She comes to my gym as well, so we, often are together in the gym. I just worry about her sometimes.”

The comment didn’t seem to sit very well with Sonam Kapoor who took to her Instagram. She defended her cousin sister and wrote, “She also wears regular clothes and rocks it..” She also shared a collage of Janhvi in a pair of denim shorts and a white top. 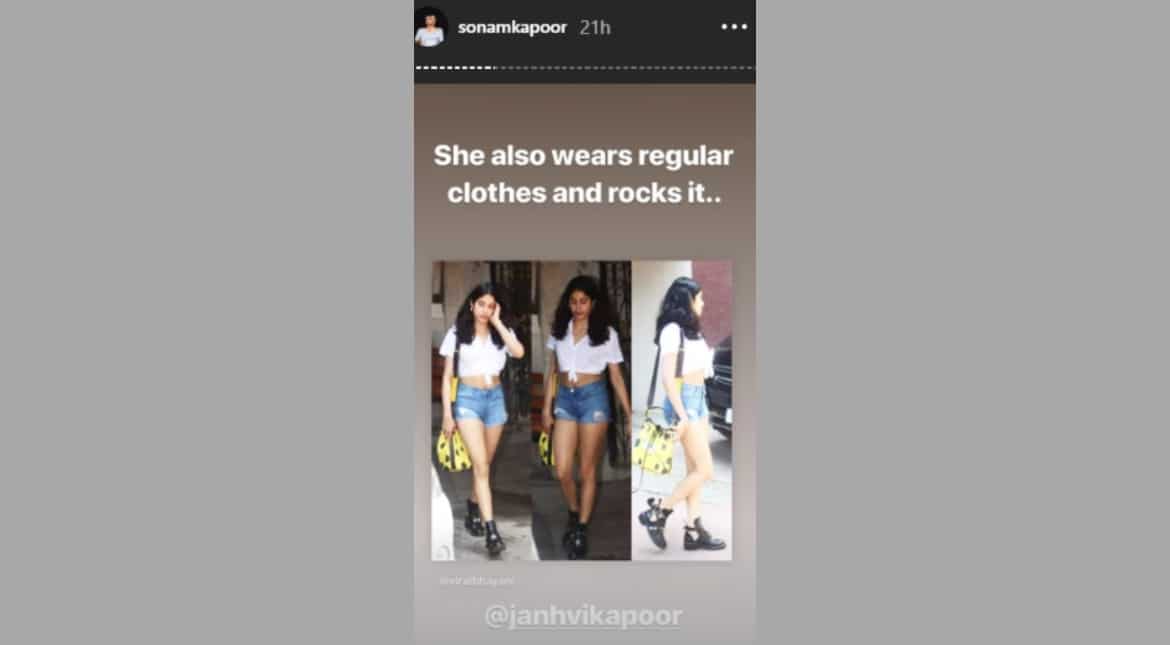 Sonam and Janhvi share a good rapport and even more so after Janhvi’s mother, Sridevi died.

On the professional front, Sonam will be seen in ‘The Zoya Factor’ that is based on a novel by the same name by writer Anuja Chauhan. It is the story of an advertising executive who accidentally becomes the lucky charm of the Indian Cricket team during a World Cup tournament. The film also stars Malayalam actor Dulquer Salmaan, who made his Hindi film debut with ‘Karwaan’.

Janhvi, meanwhile, has been busy shooting for her next film, a biopic on IAF officer, Gunjan Saxena.