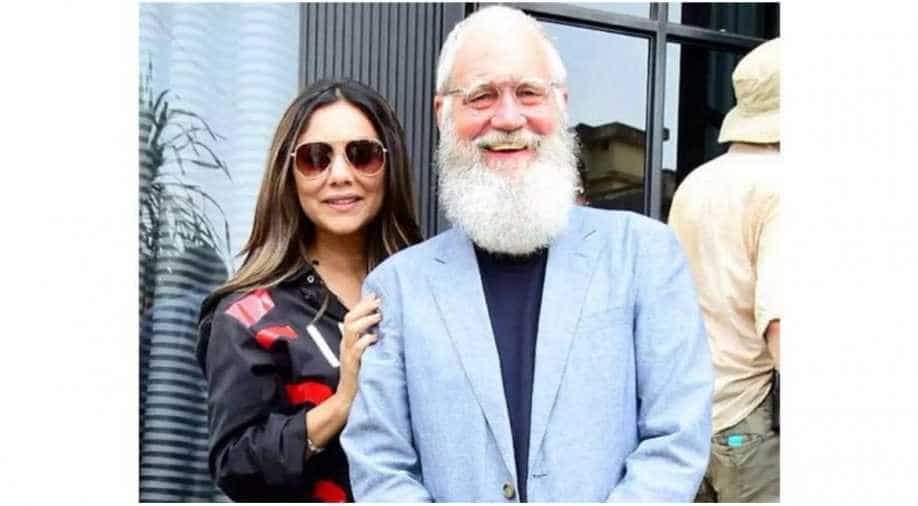 David who came to India for shooting a special episode with Shah Rukh Khan got to witness the maddening rush outside the star’s bungalow in Mumbai on the occasion of Eid.

India celebrated Eid this year on June 5 as celebrities like Shah Rukh Khan, Salman Khan greeted their fans in an annual ritual. Shah Rukh has been a regular with this tradition ever since fans started gathering outside his house to catch a glimpse of the actor.

This year too as Shah Rukh walked up to his terrace to wave at his fans, there was someone else too who joined him -- popular US talk show host David Letterman who is famous for having interviewed some of the most famous people in the world from every genre.

David who came to India for shooting a special episode with Shah Rukh got to witness the maddening rush outside the star’s bungalow in Mumbai. After seeing the massive craze around Khan, David was then spotted giving a stop at his wife, Gauri Khan’s store.

Gauri was spotted earlier yesterday with David at her Mumbai store.

Meanwhile, we informed you that Shah Rukh is considering taking up a project with Rajkumar Hirani, a love story to be specific. He apparently gave up Rakesh Sharma biopic ‘Saare Jahaan Se Achcha’ at the last minute.