Alia has been close to the family and she and Ranbir started dating while they shot for their upcoming film ‘Brahmastra.

Bollywood actor Rishi Kapoor died on April 30 and left a void in the Hindi entertainment industry as fans and fellow colleagues mourned his loss amid COVID-19 outbreak. With many taking to social media to pay their tribute to the actor, Alia Bhatt who is currently dating his son Ranbir Kapoor, was actively present in the funeral and prayer meet that only included select friends and family members.

Soon after the ceremonies were over, Alia Bhatt shared a sweet message remembering Rishi Kapoor. Check out her post here:

Neetu Kapoor commented on the post and wrote, “Love you” with a heart emoji.

Alia replied to the comment and wrote, “the most”. 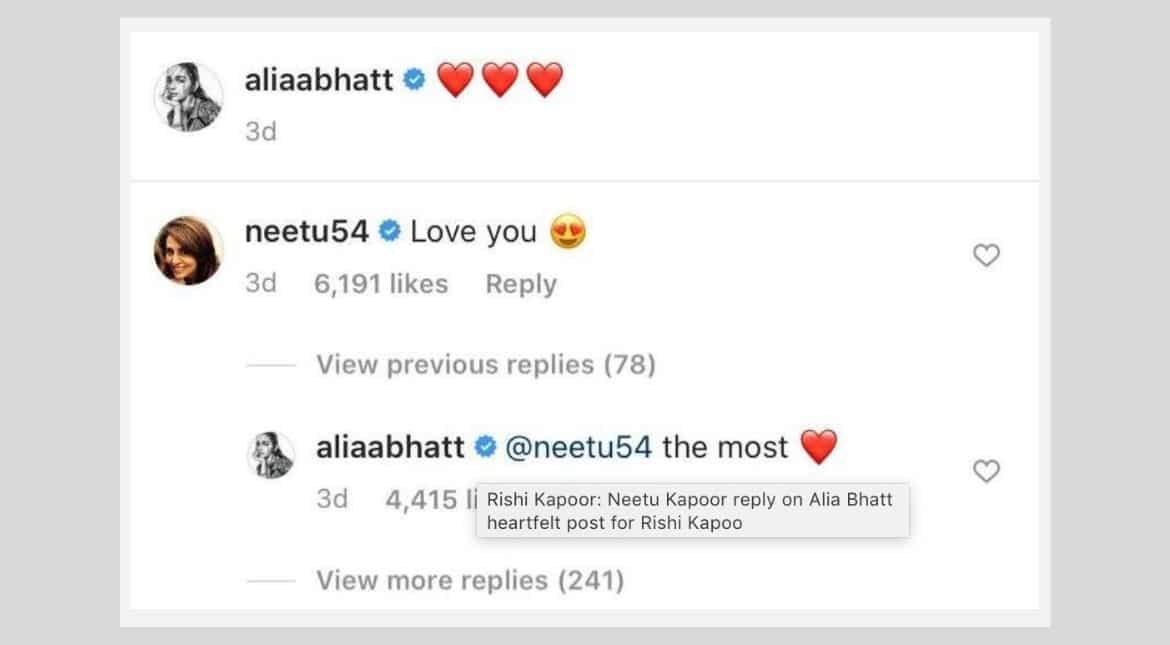 Alia and Ranbir started dating as they began shooting for ‘Brahmastra’ that was scheduled to release this year but has been postponed yet again. The film also features Amitabh Bachchan, Dimple Kapadia, Nagarjuna Akkineni and Mouni Roy in key roles.