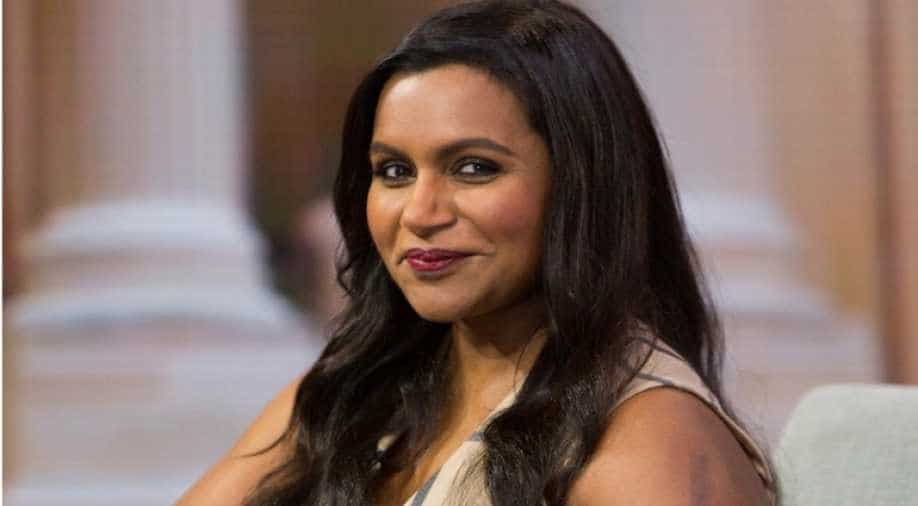 The 41-year-old star is the December cover star for `Vogue` India, which she proudly shared on Instagram Wednesday (local time) alongside a photo of the glam cover.

American actor and comedian Mindy Kaling has given tribute to her Indian origins while naming her second child. Kaling recently revealed that she gave birth to her secoind child- a baby boy- in September. Kaling has named him Spencer. And like his big sister Katherine `Kit` Swati, Spencer's middle name is a nod to their Indian heritage.

The 41-year-old star is the December cover star for `Vogue` India, which she proudly shared on Instagram Wednesday (local time) alongside a photo of the glam cover.

In the comments, a fan asked, "Not my business but do your children have Indian middle names? You are proud of your culture and I was wondering why the kids have very Caucasian names."

"They do! Swati and Avu!" the actor, writer and producer replied, going on to tell another fan named Swati who said she`d "never known another Swati until now" that her daughter`s middle name is her late mom`s first name.

In her feature for `Vogue` India, the former `Mindy Project` star admits that although isolation during the ongoing coronavirus pandemic has been "not great", she has been thankful for the company of Kit, who turns three this month, "because she`s so fun and funny."

"In the beginning, it was a lot of just us staring at each other, but I got to know her better," Kaling added. And while the star`s dad and stepmother live close by in Los Angeles, Kaling told `Vogue` India that her father went from seeing his granddaughter daily to not doing so for three months after lockdowns were put in place.

"Every day he would drive by and wear a mask and gloves and talk to Katherine through the car window," she said.

Kaling also said that she "definitely" always wanted to be a mom, adding that her own mother, who died of pancreatic cancer in January 2012, "The best relationship I had in my life was the one with my mom."

"It was so pure and so fun and uncomplicated, and I hope that I can have that with my son or daughter -- if I`m lucky, with at least one of my kids -- when they get older," continues 'The Office' alum.

Kaling spilt the surprise news that she`d welcomed her second child last month on `The Late Show with Stephen Colbert`, revealing her son`s name and that he was born on September 3.

She also shared with Popsugar last month that her `A Wrinkle in Time` costar Reese Witherspoon had gifted her new baby boy with a "thoughtful" assortment of items - and a little something for his big sister, too. Kaling has not revealed the name of the father of her two kids.