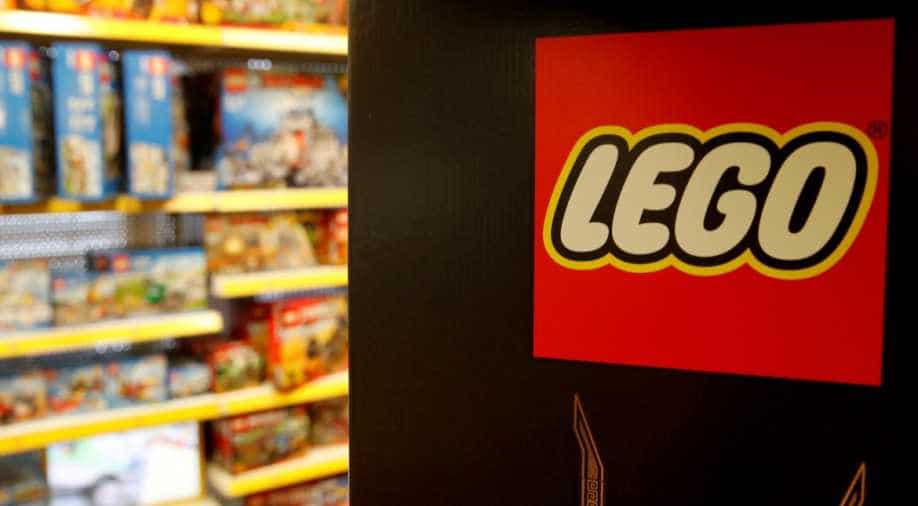 Lego logo is seen at a toy store in Bonn, Germany Photograph:( Reuters )

Lego, famous for its colourful plastic bricks, returned to sales growth last year after a decade of double-digit increases came to an abrupt halt in 2017.

Models of superheroes and villains from Marvel's "Avengers" movies helped lift first-half sales at Lego, as the Danish toymaker continued its turnaround drive with investments in China, India, the internet and new stores.

Lego, famous for its colourful plastic bricks, returned to sales growth last year after a decade of double-digit increases came to an abrupt halt in 2017.

The company, which competes with the likes of Barbie maker Mattel Inc and Hasbro, said on Tuesday sales rose 4% between January and June to 14.8 billion Danish crowns ($2.2 billion). In local currencies, sales grew 2%.

Niels Christiansen, who took over as chief executive in 2017, said that matched the company's ambitions for single-digit growth over the full year.

"And I think we will deliver on that."

But operating profit declined 16% to 3.5 billion crowns due to new investments.

"It is moving rapidly towards e-commerce and towards really special retail experiences. That demands a lot from what you can do digitally, IT-wise and store-wise," Christiansen said.

"In the end, it's a battle over the time kids have to play in," he added.

Lego versions of Marvel's 'Avengers' characters such as Captain America, Iron Man and Thanos were among the top sellers in the first half, while Star Wars-themed products and the company's older building sets like Lego Technic and City also contributed to growth, it said.

Despite a shift towards online sales, the company plans to add 35 shops in China by the end of the year, taking the total to more than 140 there and to nearly 600 worldwide.

"You cannot say the physical experience is not necessary, just because more is bought online," Christiansen said, underlining the importance of "try-vertising", where kids test out new products in stores.

"It is really important in a country like China, where you have to build the brand. It's a physical product."

Christiansen said he hoped Lego's push into India, where it currently sells via third party stores, would mirror its success in China, though it has not decided whether to open its own shops there yet.

"I wonder if we might have Lego-branded stores in India one day too. I think so", he said.