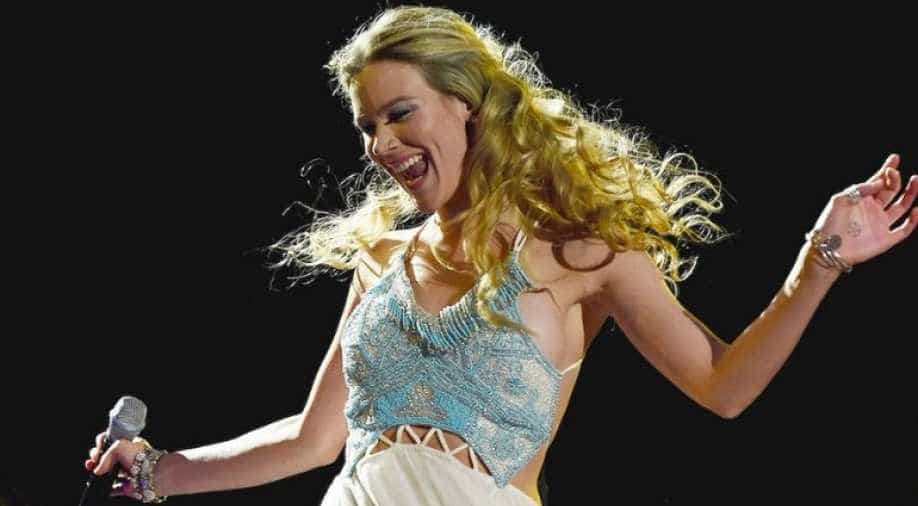 Women have been banned from singing solo in public in Iran since the Islamic revolution of 1979.

British singer Joss Stone said she was "gutted" after being deported from Iran ahead of her latest leg of a world tour that has already taken her to Syria and North Korea.

She was held shortly after arriving at Kish airport, according to a post on her Instagram account, as authorities suspected she was planning to play a public gig.

Women have been banned from singing solo in public in Iran since the Islamic revolution of 1979.

"We were aware there couldn't be a public concert as I am a woman and that is illegal in this country," she wrote, without specifying where or how she had hoped to play.

"So close yet so far, this moment broke a little piece of my heart," she wrote it the post, below a picture of herself wearing a headscarf. Iran confirmed it had denied entry to the singer.

So , our very last country on the list was Iran . We were aware there couldn’t be a public concert as I am a woman and that is illegal in this country. Personally I don’t fancy going to an Iranian prison nor am I trying to change the politics of the countries I visit nor do I wish to put other people in danger. However, it seems the authority’s don’t believe we wouldn’t be playing a public show so they have popped us on what they call the ‘black list ‘ as we found out when we turned up to the immigration hall. After long discussions with the most friendly charming and welcoming immigration people the decision was made to detain us for the night and to deport us in the morning. Of course I was gutted. So close yet so far, this moment broke a little piece of my heart. Then I realised the silver lining was bright. I told them my story and explained my mission, to bring good feeling with what I have to give and show those who want to look, the positives of our globe. All with the understanding that public performance wasn’t an option in this scenario. I still have to walk forward towards that goal some way some how. And of course music is my driver. Doesn’t mean we have to brake any laws though. There is music everywhere. Even here, we just have to play by there rules and they have to believe we will. It’s a trust thing. They were so kind to us, at one point I started to question it. The question whirled around my head, were they just luring is into a false sense of security so we would walk into our jail cells quietly with out a drama? Nope , these people are genuinely nice kind people that felt bad that they couldn’t over ride the system. They didn’t speak English so well so the translator Mohamed, who clearly had a lovely soul conveyed the message that they hoped we would go to embassy to sort it all out and come back, they were refusing us entry with a heavy heart and were so sorry. After Mo had left, the officers kept telling us sorry. They said sorry all the way through this process and kept saying this till we got on the plane they were sending us away on. We were the ones that should have been apologising for not having our correct paper work. The ball

"Joss Stone and her entourage were refused entry to the territory for lack of required documents in accordance with the rules," Iran's state news agency IRNA quoted police officials as saying.

The gig in Kish would have been the 200th of the "Total World Tour" she embarked on five years ago, she wrote in another post before departing for Kish.
That tour is an ambitious project to perform in every country on Earth and has seen her play in war-torn Libya, South Sudan as well as an "unofficial" gig in the capital of North Korea.

However, she described the Iranian immigration officials as "genuinely nice kind people that felt bad that they couldn’t override the system," and that they had refused her entry "with a heavy heart".