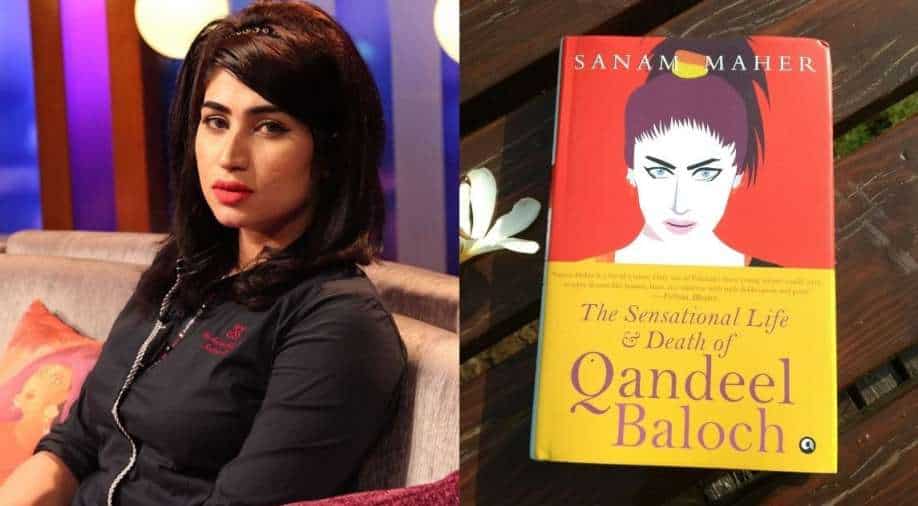 Indian filmmaker Alankrita Shrivastava is all set to direct a movie on Pakistani social media star Qandeel Baloch, who was murdered in an honour killing in 2016.

Filmmaker Alankrita Shrivastava is set to direct a film on the late Pakistani social media star Qandeel Baloch, the makers announced on Tuesday. Producers Vikas Sharma and Sunny Khanna, along with Shrivastava have acquired the rights to the book "The Sensational Life and Death of Qandeel Baloch" by Pakistani journalist Sanam Maher and published by Aleph.

She rose to prominence due to her videos on social networks discussing her daily routine, her rights as a Pakistani woman, and various controversial issues. She was strangled to death by her brother Muhammad Waseem.

Shrivastava, whose film credits include "Lipstick Under My Burkha", "Dolly Kitty Aur Woh Chamakte Sitare", and web series like "Made in Heaven" and "Bombay Begums", said she was always fascinated by Baloch's life story.

"When Qandeel Baloch was murdered in Pakistan in 2016, I was shaken up. It was a heinous honour killing. I couldn't stop thinking about her. I started watching Qandeel's videos repeatedly, and I was fascinated.

"She was so charming and full of life. A poor girl from a small village, who worked her way up to being provocatively famous. She was just 26 when she was killed. And ironically, it's only after her death that she has been reclaimed as a feminist," the director said in a statement.

This film is an ode to the courageous spirit of Baloch, she added.

"It will chronicle her sensational and astonishing rise to fame. I hope to piece together the memories of the rebellious, funny and vulnerable young girl, whose life was cut short because she shimmered too bright. The film will celebrate her spunk and lust for life by telling her story without judgment, hopefully the way she would have liked to tell it," Shrivastava said.

Sharma and Khanna said for them this movie is an opportunity for them to tell a unique story on female agency and systemic gender violence.
Sharma, who has produced films like "Qarib Qarib Single" and "Dobaara" among others, said the story of Baloch deserves to be told by a right filmmaker and he is happy to have collaborated with Shrivastava for the upcoming feature.

"Qandeel's story needs to be told by a sensitive filmmaker who is passionate about women's stories. Alankrita is just the filmmaker for it. And not just because she is an award-winning feminist filmmaker, but because she has so much empathy for her characters. She tells their stories with candour and warmth," the producer said. Sharing similar sentiments, Khanna said the world needs to know about Baloch.

"Qandeel Baloch's story is important and relevant. Even today women often continue to be at risk when they dare to express their individuality and challenge the status quo. I believe the world needs to watch stories like this. And I'm looking forward to the journey of this film," Khanna, whose co-production credits include "Why Cheat India?" and "Bheja Fry 2", said.

The cast and other key details of the yet-to-be-titled film are not known yet.