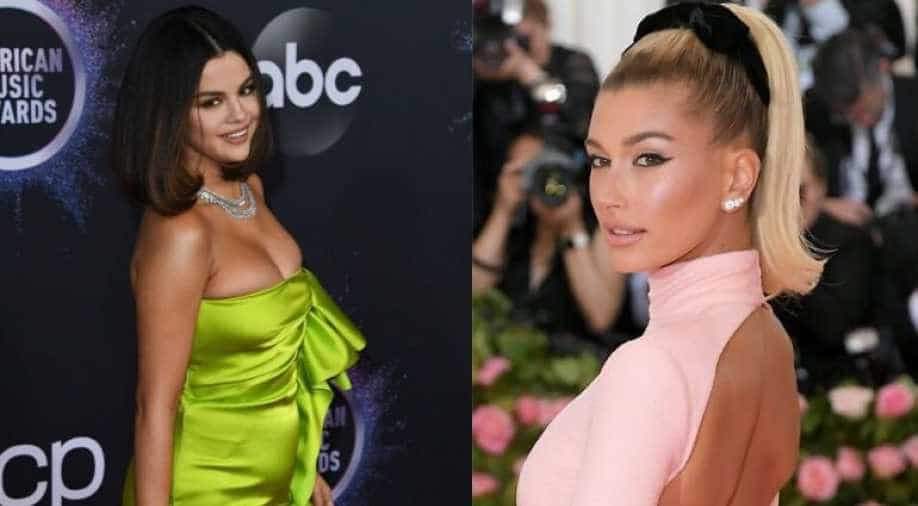 The 23-year-old liked the post of the makeup artist, further proving that there's nothing but love between her and Justin's ex.

It seems that Hailey Baldwin is all love for her husband and singer Justin Bieber's ex Selena Gomez. The model showed some love following the singer's 2019 American Music Awards performance.

Before heading to the AMA red carpet, Selena and her makeup artist Hung Vanngo took some pictures of her metallic glam. He shared a sultry snap to his Instagram, which caught the attention of Hailey.

The 23-year-old liked the post of the makeup artist, further proving that there's nothing but love between her and Justin's ex. This isn't the first time that Hailey has shown the 'Look At Her Now' singer support on social media.

Following the release of her emotional song 'Lose You To Love Me', the model also liked a picture of Selena celebrating the new song with her friends, reported news agency.

Sunday's AMAs was a big night for Selena, who opened the award show with her new hit songs, marking the first time she has performed them live. See the best red carpet looks from American Music Awards 2019.