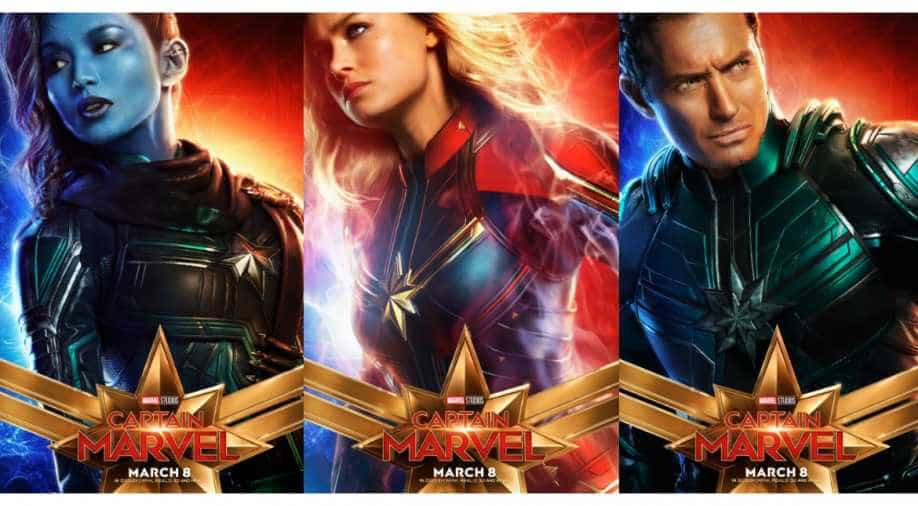 'Captain Marvel,' a prequel to the 'Avengers' films made by Walt Disney Co's Marvel Studios, tells a story of self-discovery but also touches on female friendship.

Marvel Studios brought its first female-led superhero movie to London on Wednesday, where the stars of 'Captain Marvel' said they hoped to inspire with a different kind of action flick.

Samuel L Jackson, a regular in Marvels 'Avengers' films, returns, albeit as a younger superspy Nick Fury in the movie set in the mid-1990s during a galactic conflict.

"I'm sure the effect of what the character does and how she is perceived is going to be really a kind of wonderful boost for the female empowerment movement," Jackson told Reuters at the film's London premiere.

'Captain Marvel,' a prequel to the 'Avengers' films made by Walt Disney Co's Marvel Studios, tells a story of self-discovery but also touches on female friendship.

"It's nice to just show two women hanging out, supporting each other and that being the love in the movie instead of a romantic love," said Lashana Lynch, who plays Danvers' friend and fellow pilot Maria Rambeau.

"It's nice to just show women standing their ground using their voices, using their intelligence and using the fact that they're fighter pilots, which is never represented really in cinema, especially for us women."Trailers for the film show Larson - who won the best actress Oscar for the 2015 drama 'Room' - leaping onto trains, fighting and showing off some mighty powers.

"What I'm excited about is the representation in this film, but what that means to people, how they interpret it or in which ways they feel seen in this movie is up to them," she said.

The film begins its worldwide cinema rollout next week, some four months after the death of comic book superhero creator Stan Lee, who also appeared in Marvel films in cameo roles.

It was "always a joy to see Stan at these premieres and (you) always wonder where is he going to pop up," Jackson said. "It was as much fun for him to do his cameos as it is for us to be on the inside of this thing."