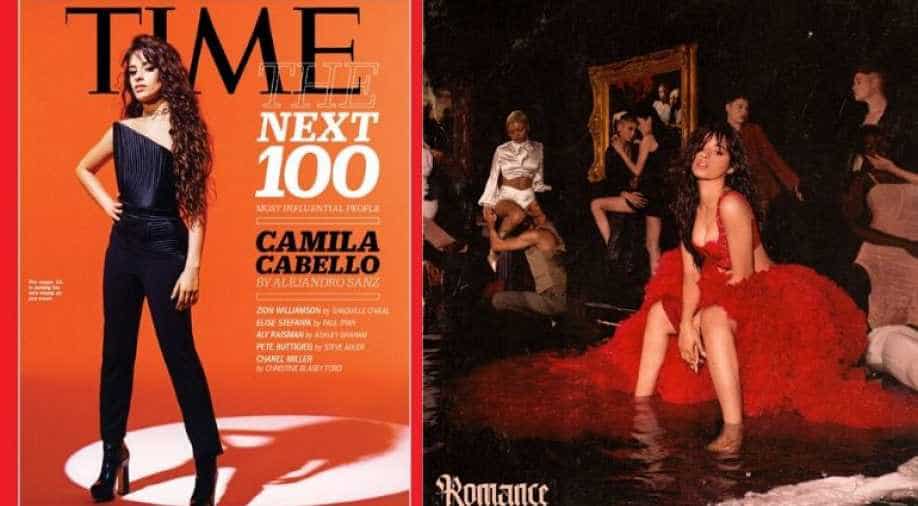 The Romance tour' will be started from Wednesday, July 29, 2020, in Rogers Arena Vancouver, British Columbia and will end on September 26, 2020, in Miami.

Singer Camila Cabello dominated the headlines on Tuesday morning when she revealed December 6 as the release date for her second upcoming album 'Romance'.

She also announced that her 'The Romance tour' dates and appeared on the cover of Time magazine's list of the next 100 most influential people in the world.

The 22-year-old singer is one of the six stars on the cover, which also features Latin music star Alejandro Sanz, who wrote the following about her: Camila Cabello is a pure and magnetic artist, reported Variety.

thank you @time for having me, what an honor !!!! ❤️ thank you so much mi querido amigo @alejandrosanz for these words #Time100Next

Sanz goes on to add, "In times like these, when noise can distort the purity of an artist's message, Camilia has, managed to honour her story and her background in an authentic way with her pop music". While talking about the impact of her songs from 'Havana' and 'Senorita' to 'Shameless' and 'Liar' has opened the door so that the world can see and hear the massive potential of the Latin music community.

I can’t believe this is happening. Romance. December 6. I just wanted this album to sound like what falling in love feels like, pretty impossible thing to do but I can say I gave it all I had. I’ve never lived as much life as I did writing this album. It was messy, and beautiful, unforgettable and at times so painful I wish I could forget, it was excruciatingly consuming and impossible not to get lost in, it was mine... and now it’s yours. ♥️ I hope you love it as much as I’ve loved living it. You can preorder the album this Friday ♥️ and there’s a new song Living proof that comes out with the pre order this Friday 😭 one of the first and one of my favorite songs I wrote for the album. WHOAH. Overwhelmed. ♥️ OH MY GOD AND A TOUR!!!!! North America, verified fan sign ups for #TheRomanceTour are happening right now!! It’s gonna be magic, I can’t wait 😭 More dates to come ♥️ #RomanceIsComing

The privilege of being her friend is an inspiring gift. Cabello has already released a series of songs from the album, including her smash hit with Shawn Mendes 'Senorita', 'Shameless', 'Liar', 'Cry For Me', and  'Easy'.

She also announced dates for the North American Leg of the 'Romance Tour' which is and will kick off on July 29, 2020, at the Rogers Arena in Vancouver, British Columbia. The tour marks Camila's first-ever headlining arena tour.