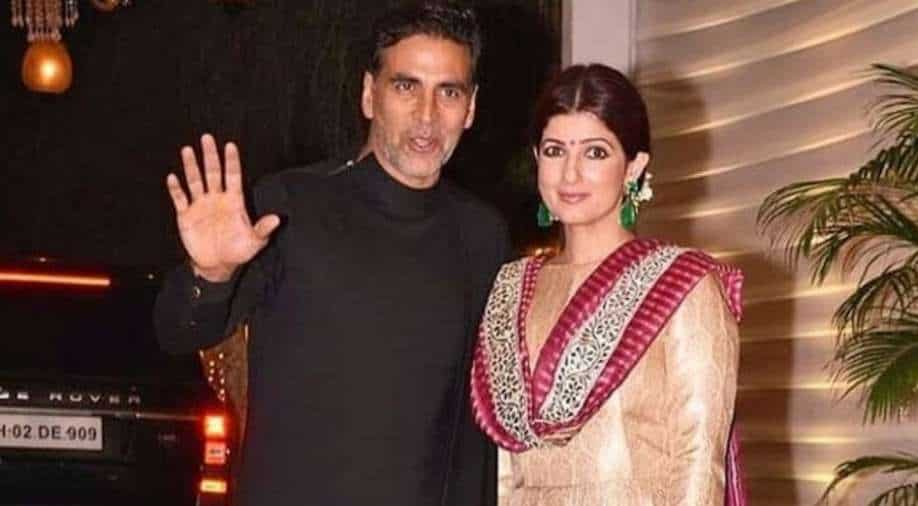 Twinkle Khanna and Akshay Kumar have two kids, and have been married for more than two decades

Akshay Kumar and Twinkle Khanna have been quite quirky together. The couple, who have two kids and have been married for 20 years, have always poked fun at each other and led intimate lives together. This is much like their wedding.

Akshay and Twinkle got married on January 17, 2001 in a hush-hush ceremony attended by close friends and family. Now, pictures from their wedding are circulating in the media.

Have a look at these never-seen-before pictures from their wedding:

In January, the couple marked two decades together. Akshay Kumar had then shared a picture and wrote, “The surest I’ve ever been of a partnership...twenty years of togetherness and you still make my heart flutter and sometimes even drive me up the wall but then again I wouldn’t have it any other way coz a smile is never far when you are near Happy anniversary Tina.”

In return, Twinkle had dedicated a post to Mr Khiladi and added, “You are the beauty and the brawn in this partnership and I can’t even say I am the brain, because you are smarter than me. We don’t need each other to be complete( that’s just a cliche from soppy ballads) but we want to have the other one around always and that is perhaps the only way it is meant to be. Happy Anniversary Mr K❤️.”

The couple is currently blessed with two children, son Aarav and daughter Nitara.