Bharat: Disha Patani reveals why she won't be working with Salman Khan in a film 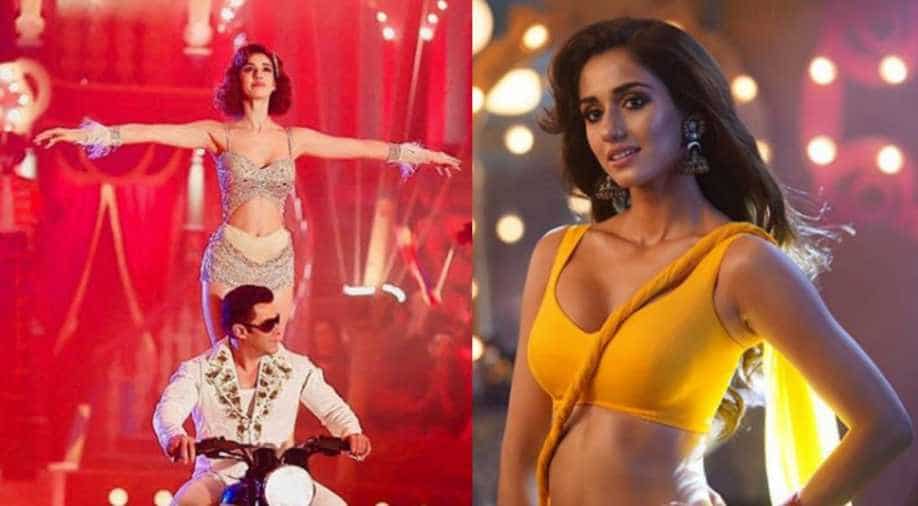 Disha Patani in a song from Bharat. Photograph:( Twitter )

The others in the film include Katrina Kaif, Tabu, Jackie Shroff, Sunil Grover in important roles. ‘Bharat’ will release on June 5.

Disha Patani has been in the news since her song titled ‘Slow Motion’ in Salman Khan’s ’Bharat’ came out recently. Donning a sizzling yellow saree that has her tapping to a peppy number with Salman Khan, Disha reveals she had a great time shooting for the song and the film as a whole as she makes a special appearance.

Speaking to Mumbai Mirror, Disha opened up on working with Salman Khan for the first and the last time (maybe). She said, “Ali sir called me with a role which is more of a special appearance. I heard him out and since the character is that of a trapeze artiste alongside Salman sir, I came on board. Honestly, I don’t know if I will ever get to work with Salman sir again. Even Ali sir told me this while narrating the script.”

When asked why she thinks so, she said, "Obviously because of the age difference between us. In Bharat, it is acceptable because that portion shows Salman sir in his 20s and 30s so, it was an immediate “yes”. He is a wonderful human being and very hard-working. I got to learn a lot from him. That aside, Bharat is special because I had never done a film set in a different era."

Disha plays a trapeze artist and we can expect a few stunts from the pretty actress in the film as she is paired opposite a young Salman. The film ‘Bharat’ is divided into different phases of life of the character that is also named Bharat, played by Salman. The film also a Twitter emoji for its character Bharat, check it out here.

On the response to her pair with Salman, Disha said, "I am glad that people like to see us together. The chemistry between us is great, I never expected something like this. I got lucky with the song and want to thank the choreographer and Ali sir for the way it’s been shot."

The others in the film include Katrina Kaif, Tabu, Jackie Shroff, Sunil Grover in important roles.

‘Bharat’ will release on June 5. It will clash with Sophie Turner's 'X-Men: Dark Phoenix' at the box office.

In another news, the film's promotions have been in scrutiny ever since Salman opened up about Priyanka Chopra leaving the film abruptly. This is what Katrina Kaif had to say about stepping in her shoes.