Baby showers getting the royal treatment 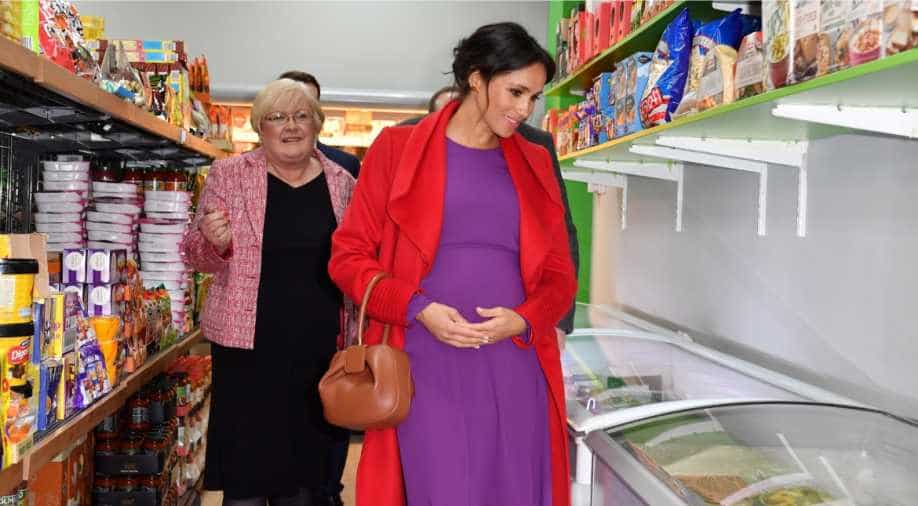 Meghan Markle during her visit to Birkenhead in northern England. Photograph:( Reuters )

From their engagement, wedding and now the impending birth of their first child, the world has watched Meghan Markle and Prince Harry mark each occasion in style.

Celebrating life's milestones is becoming more expensive and luxurious with the help of influences from the Duke and Duchess of Sussex.

From their engagement, wedding and now the impending birth of their first child, the world has watched Meghan Markle and Prince Harry mark each occasion in style.

"I think anything that the royals do is a huge trickledown effect in the US We completely infatuated with what they do in London and what they do behind the palace gates," said celebrity event planner Colin Cowie.

In February Markle travelled to New York for a private baby shower reportedly held at The Mark hotel with celebrity friends including Serena Williams and Amal Clooney. Some of the rumoured elements included a harpist, a floral arrangement tutorial and a dessert bar.

"It's not just a cake and cupcakes. It's cake pops, it's personalized cookies, it's macaroni towers," said Alison Bernstein the founder of party planning Website, TheBash.com.

With the rise of social media millennial moms-to-be want to emulate what they see and create their own wow moments to share online, which raises the price tag of traditional showers of the past.

However, no matter the budget or type of function, Cowie always starts planning with the same steps.

"I like to start with the DNA and then I add the five senses, which is smell, touch, taste, see, and hear. And that's how we tell the great story whether it's a shower, a birthday party or a wedding."