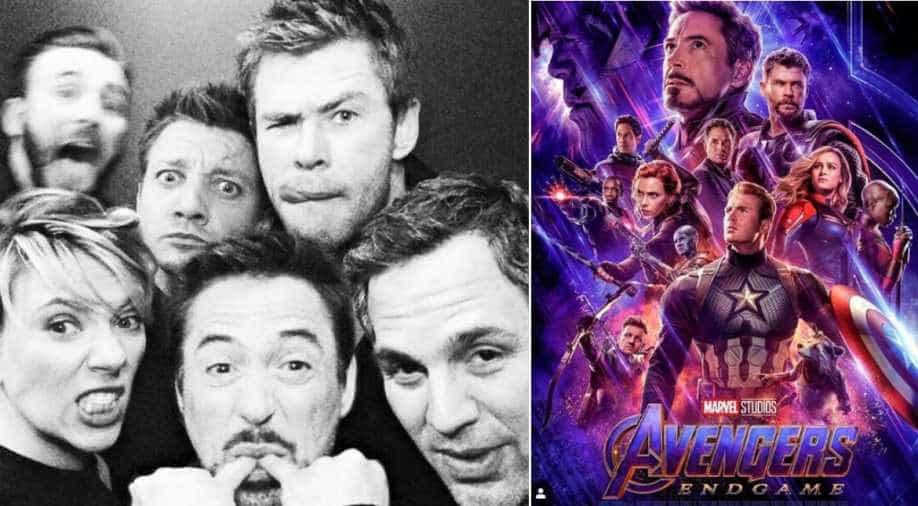 Getting together in ‘Avengers: Endgame’, the film will see all major stars of the franchise come together to fight against one true evil, Thanos.

A month before the last Avengers film following the Infinity stones story hit the theatres, the superheroes got together to give Thanos a warning, for real!

In a picture that is winning hearts on social media, Avengers can be seen posing together. The pic is black and white and has original 6 Avengers --Jeremy Renner, Chris Evans, Mark Ruffalo, Robert Downey Jr., Scarlett Johansson and Chris Hemsworth. This is how Mark Ruffalo reacted to the poster of 'Avengers: Endgame'.

Getting together in ‘Avengers: Endgame’, the film will see all major stars of the franchise come together to fight against one true evil, Thanos. Thanos had in the previous film killed half the population of the world with just one finger snap. The Avengers want to avenge that and undo his act in the coming film. Watch trailer.

The photo carries the caption: “Dear Thanos, we’re coming for you... sincerely A6!” he captioned the image, along with a hashtag with a reference from the latest trailer, #whateverITtakes.

Marvel head Kevin Feige had recently spoken about this film bringing an end to phase 3 of Marvel Cinematic Universe films. The first three phases will together be called the ‘The Infinity Saga’. He said, “We wanted to bring to a conclusion a series of movies in a way that had never been done before. Harry Potter had an ending because there were only so many books. Lord of the Rings too. But we thought, 22 movies in, wouldn't it be fun to bring some finality to the storyline.”

Kevin also explained that the said title is appropriate as all the 22 films of Avengers are loosely connected to Infinity stones and all major superheroes come together to fight for the cosmos.

About the film focusing on original six, he said, “People would point out that that Cap wasn’t in Infinity War a whole lot. And Iron Man didn’t really speak for that last half hour because of what was going on. But those characters and all of the original six are very much the focus of Endgame in a very personal and emotional way.”