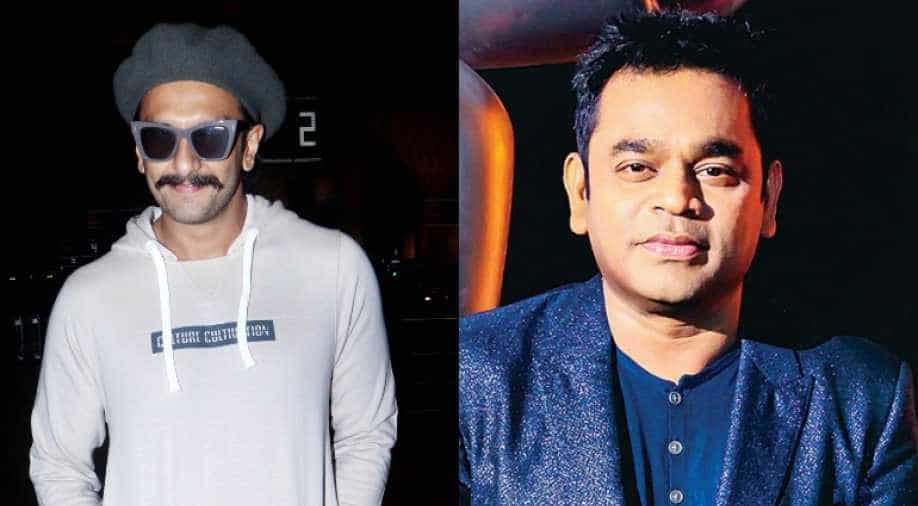 Rahman took to Twitter to shower his love for Ranveer's music label and expressed his desire to be a part of it.

The actor also released the song under the label called Zeher by rapper Kaam Bhari at a gala event.

The launch of the new label has been lauded by one and all for giving independent musicians a new platform beyond conventional Bollywood music.

My passion project. A manifestation of a certain vibe. #IncInk is an independent record label formed by artists for artists...to discover, nurture & promote exciting talents from across India. Presenting #KaamBhaari, #Spitfire & #SlowCheeta from the different hoods of our country. Let’s show these boys some love ❤ @kaambhaari @ntnmshra @_slowcheeta_ @neranee @incinkrecords

Fans have been super excited about the new label and it has even got music maestro AR Rahman excited.

Rahman took to Twitter to shower his love for Ranveer's music label and expressed his desire to be a part of it.

Retweeting Ranveer, Rahman wrote, "Am coming next week to sign up "

Ranveer's reaction had the internet laughing.

@deepikapadukone can i steal this goofball from you please???🙈
Would send you lotsss of rasam and rice as a return gift i promise

LOL I wouldn't have expected any less excitement from you 😂😂😂
Veer, you are too precious boo ❤️❤️❤️
Stay slaying!

First look out! Sonakshi Sinha to make OTT debut with an original series