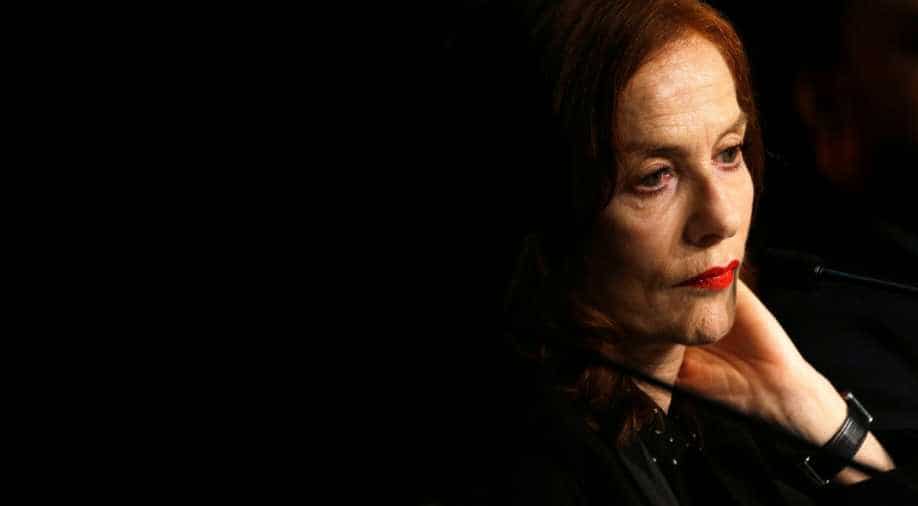 News conference for the film 'Frankie' in competition Photograph:( Reuters )

The film, vying for Cannes' top Palme d'Or prize this week, was written with Huppert in mind and showcases the actress, who has been recognised at the film festival several times with acting awards, on very understated form.

In Ira Sachs film 'Frankie', Isabelle Huppert stars as an ailing French actress who gathers her family together for one last holiday - coming as close to playing herself as she ever has.

The film, vying for Cannes' top Palme d'Or prize this week, was written with Huppert in mind and showcases the actress, who has been recognised at the film festival several times with acting awards, on very understated form.

"What I think Ira Sachs was requiring for his actors was a kind of ... great simplicity, to the point that I didn't have the feeling to do a character, to do a role," Huppert told Reuters in an interview. "I just had the feeling to just be myself and say certain things, that is all."

That's as far as the parallels go, however. 'Frankie' tells the story of a woman and her loved ones trying to come to terms with her impending death, explored over the course of a day as they clash, comfort each other, and question their own lives and relationships on their Portuguese vacation.

There are tender moments and also laughs as meddlesome Frankie tries to sort out her son's love life; and more bittersweet ones, including discussions about money and inheritance - inspired, according to Sachs, by his own experience of losing a good friend to cancer.

"Being part of (the) last three years of her life, I was struck by how unexpected the experience was for me," Sachs said in an interview. "I think there is an idea that death will be serious, and actually, it is like life, whatever it is. It is made up of a lot of contrasts."

Huppert, who has twice won the best actress award at Cannes, including for "The Piano Teacher" in 2001, was praised by critics for her pared-back turn, though some reviewers were less convinced by the film as a whole.

"It's exquisite around the edges, but where's the beef?" Variety asked in its write-up, saying the film almost left too much to be read between the lines.