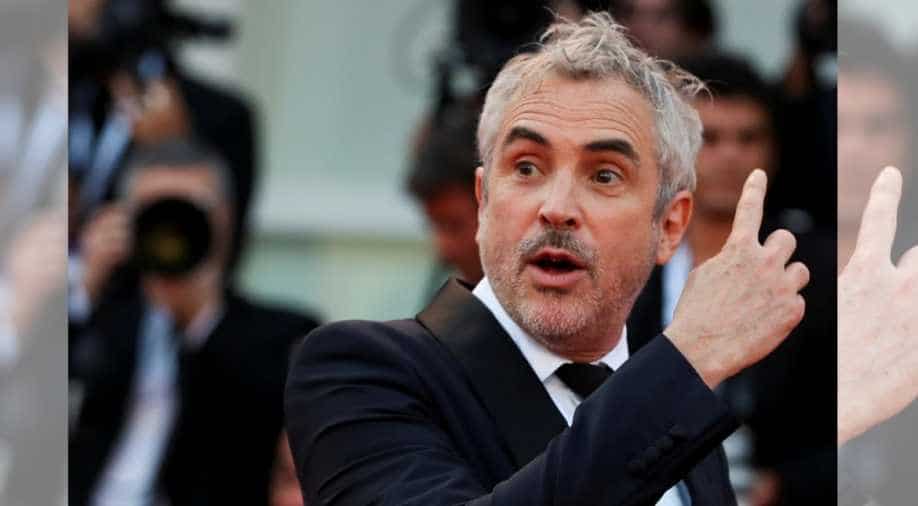 'Roma', a highly personal ode to Cuaron's own childhood in 1970s Mexico City, is nominated for 10 Academy Awards, including best director.

Mexican filmmaker Alfonso Cuaron on Saturday scooped the Directors Guild of America (DGA) award for 'Roma' — a strong indicator he will be named best director at the Oscars in three weeks' time.

'Roma', a highly personal ode to Cuaron's own childhood in 1970s Mexico City, is nominated for 10 Academy Awards, including best director.

Cuaron, who won the same accolade for 'Gravity' in 2014, thanked stars Yalitza Aparicio and Marina de Tariva, along with the rest of the cast for bringing a memory to life.

"Thank Libo (the domestic worker who inspired the film), my mother and my country, the real architect of 'Roma'," he added.

In a previous speech upon being presented as a nominee, Cuaron highlighted that there are over 70 million domestic workers in the world - not including children.

"Roma was the story of one of them," he said.

"When we villainize them, demonize them, calling them criminals and rapist, we diminish ourselves ... this is not about politics, this is about humanity," he added, referring to US President Donald Trump's anti-immigration rhetoric.

Cuaron received the top prize on Saturday from compatriot Guillermo del Toro, who won last year for 'The Shape of Water.'

He is the second director to be awarded the prize for a foreign language film: Ang Lee won in 2000 for 'Crouching Tiger, Hidden Dragon.'

Elsewhere, Bo Burnham ('Eighth Grade') won the award for the first-time feature -- an award that was widely expected to go to Cooper.

'A Star is Born' started the awards seasons as a hot favorite, but the anticipated success has not materialized.

The DGA shortlist is considered an Oscars bellwether. Last year's DGA winner, Guillermo del Toro ('The Shape of Water'), went on to win the same prize at the Oscars and the film took best picture honors.