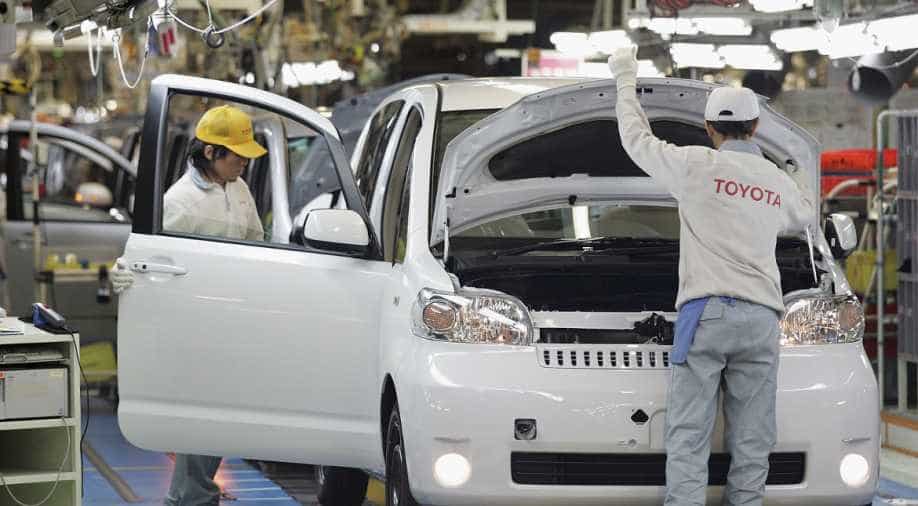 The automaker on Wednesday said it was recalling 2.87 million cars over a possible fault in emissions control units. That followed an announcement late on Tuesday that 1.43 million cars needed repairs over a separate issue involving air bag inflators.

About 930,000 cars are affected by both potential defects, Toyota said. Because of that overlap, it said the total number of vehicles recalled was 3.37 million.

No injuries have been linked to either issue.

Toyota on Wednesday said evaporative fuel emissions control units in models produced from 2006 to 2015 including the Prius, Auris compact hatchback and Corolla were prone to cracks, which could lead to fuel leaks over time.

Late on Tuesday it recalled Prius models and Lexus CT200h cars made from 2010 to 2012 over air bag inflators that could have a small crack in a weld, which could lead to the separation of the inflator chambers.

The inflator could partially inflate and enter the vehicle interior, increasing the risk of injury, Toyota said.

Sweden-based auto safety gear maker Autoliv Inc confirmed on Wednesday that it supplied the air bag inflators involved. Autoliv said about 90 per cent of the affected inflators were in Prius cars.

Autoliv said it was aware of seven incidents where a side curtain air bag has partially inflated in parked Toyota Prius cars, but no injuries were reported.

Autoliv has benefited from an earlier recall involving faulty air bag inflators made by Japan's Takata.

The company said in an April regulatory filing that it was investigating six incidents related to its air bags and a possible recall could cost it between $10 million-$40 million, net of expected insurance recoveries.

Autoliv said on Wednesday that it expected the cost of recall to be at the lower end of the range.

Toyota Motor's U.S. listed shares reversed losses earlier in the day to close up 1.7 per cent on Wednesday at $101.52.