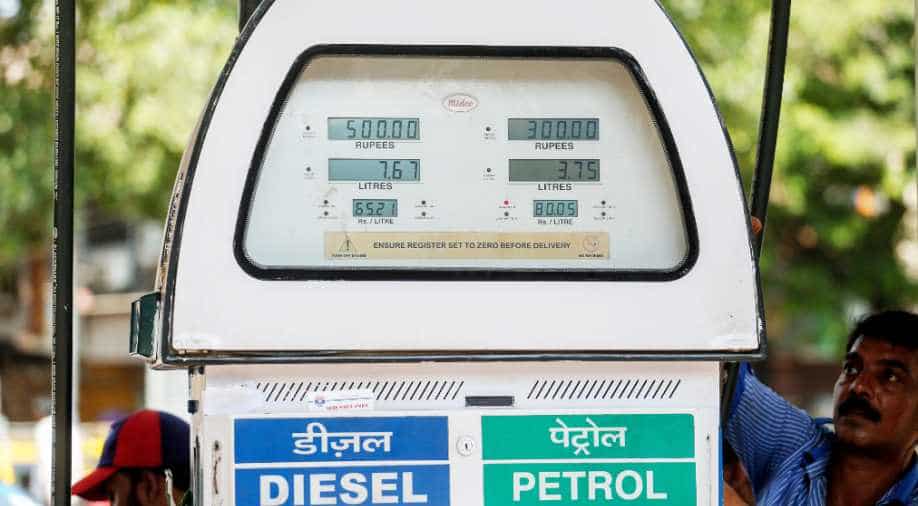 Prices have fluctuated between $44 and $52 a barrel over the past month after hitting near 13-year lows below $30 in February. In photo: A fuel station in Mumbai, India. Photograph:( Getty )

Follow Us
Oil prices sank in Asia today after data indicated a rise in US stockpiles, reigniting concerns about a supply glut, while profit-takers stepped in after the previous day's rally.

The American Petroleum Institute reported a 2.2 million barrel rise in reserves last week, confounding expectations of a dip at the height of the crucial summer holiday driving season.

The figures rattled traders as the Department of Energy prepares to release official data later today, which is considered a key gauge of demand in the world's top oil consumer.

"But of course, we need to see whether this will be a one-time gain or not," the analyst added.

Both contracts surged almost five per cent on Tuesday from two-month lows after The Organization of the Petroleum Exporting Countries (OPEC) said it expected the global supply glut to ease this year and next thanks to reductions in output from producers outside the cartel, particularly the United States.

Prices have fluctuated between $44 and $52 a barrel over the past month after hitting near 13-year lows below $30 in February, but a surge in OPEC production in June revived fears about oversupply.

This is due to a tentative recovery in production in Nigeria and Libya, and a "steady" rise in output from Saudi Arabia and Iran, it said.

"We had the bulls for a couple of weeks and the bears are starting to step in," David Lennox, an analyst at Fat Prophets in Sydney, said.

"The market has realised that surplus that we had was disrupted, and that it is coming back because those disruptions are going away," he added.

Canadian producers are also gradually coming back online, restoring supply for the biggest crude supplier to the US market, after wildfires swept through the Alberta oil sands region from May to July.