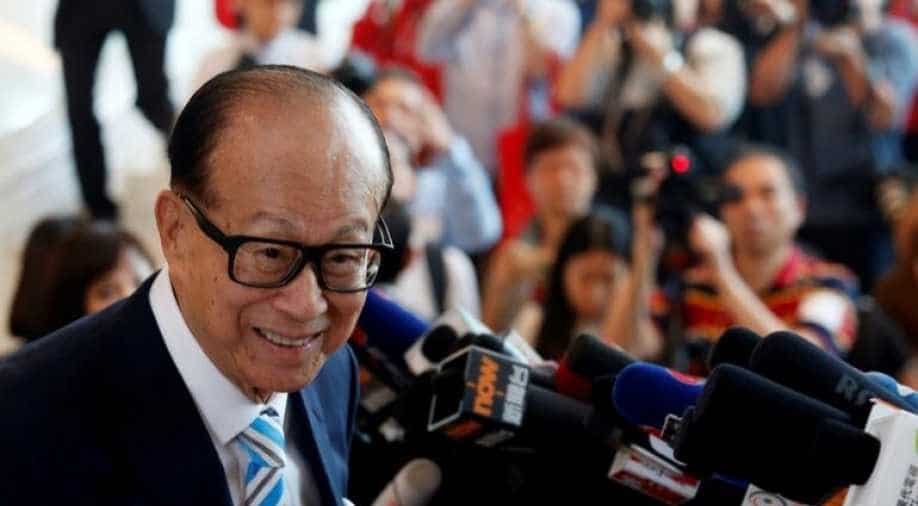 Hong Kong's richest man Li Ka-Shing will donate HK$1 billion ($128 million) to support local small and medium-sized businesses, his foundation said on Friday, a move that comes as the city's economy has been roiled by pro-democracy protests.

Hong Kong tycoons and property developers have come under pressure from Beijing for not doing enough to alleviate housing problems in the Chinese-ruled city.

Li, in particular, was singled out by China's Central Political and Legal Affairs Commission in September for "harbouring criminality" after he called on authorities to offer young people an olive branch amid the anti-government protests that have roiled the city.

Li has said that he deeply regrets that his comments made regarding the protests were misrepresented and reiterated that any actions that violate the rule of law cannot be tolerated.

The Li Ka-Shing Foundation said it would discuss the support measures with the government and had made the donation as Hong Kong's economy faced "unprecedented challenges."

The move comes as Hong Kong's government is expected to discuss sweeping emergency laws on Friday that would include banning face masks at protests, two sources told Reuters. Media reported the government was expected to announce the ban effective from midnight.