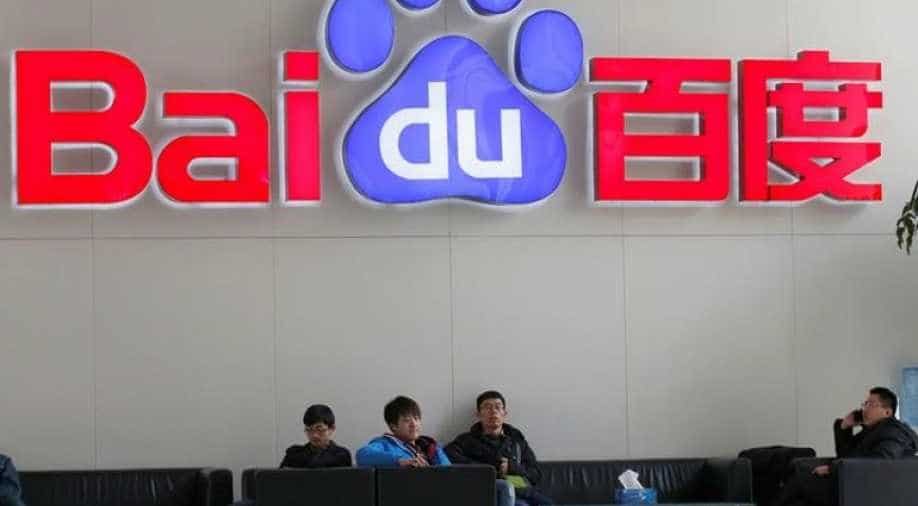 (File photo) People sit in front of the company logo of Baidu at its headquarters in Beijing Photograph:( Reuters )

The shares will be priced at no more than HK$295 per share for retail shareholders and represent 3.4% of the company's total shares

Chinese search engine company Baidu Inc is looking to raise up to $3.03 billion by selling 95 million shares as books opened on Thursday for its Hong Kong listing, a filing from the company showed.

The shares will be priced at no more than HK$295 per share for retail shareholders and represent 3.4% of the company's total shares, it said in documents sent to the Securities and Exchange Commission.

Institutional investors could pay more for the shares, a term sheet obtained by Reuters showed, without specifying a range.

One Baidu ADR is equivalent to eight of its Hong Kong shares, the filings show.

A further 14.25 million shares can be sold as part of a so-called greenshoe option that would take the size of the issue to $3.48 billion, according to the term sheet.

The final price for Baidu's shares will be set on March 17 and trading will begin on the Hong Kong market on March 23, it says.