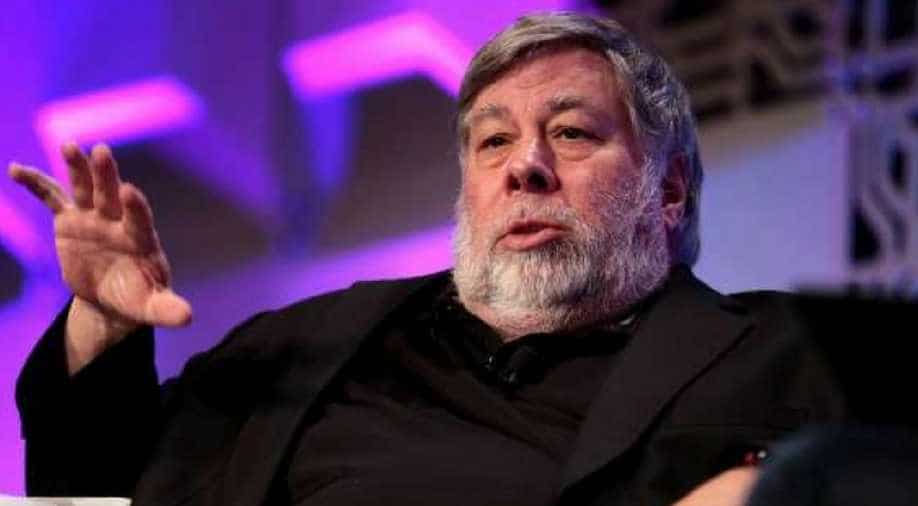 The criticism started on Thursday, after entrepreneur David Heinemeier Hansson railed against the Apple Card in a series of Twitter posts, saying it gave him 20 times the credit limit his wife received.

Apple Inc co-founder Steve Wozniak joined in the online debate over accusations of gender discrimination by the algorithm behind the iPhone maker's credit card, fuelling scrutiny of the newly launched Apple Card.

The criticism started on Thursday, after entrepreneur David Heinemeier Hansson railed against the Apple Card in a series of Twitter posts, saying it gave him 20 times the credit limit his wife received.

The much-anticipated titanium credit card, part of a broader effort by Apple to derive greater revenue from services after years of heavy reliance on iPhone sales, was launched in August, in partnership with Goldman Sachs Group Inc.

In an email, Goldman said Apple Card applicants were evaluated independently, according to income and creditworthiness, taking into account factors such as personal credit scores and personal debt.

It was possible for two family members to receive significantly different credit decisions, the bank said, but added, "We have not, and will not, make decisions based on factors like gender."

Hansson, who is the creator of web-application framework Ruby on Rails, did not disclose any specific income-related information for himself or his wife but tweeted that they filed joint tax returns and that his wife had a better credit score.

On Saturday, Wozniak chimed in with a similar experience, saying he got 10 times more credit on the card, compared with his wife.

"We have no separate bank or credit card accounts or any separate assets," Wozniak said on Twitter, in reply to Hansson's original tweet.

That barred an algorithm, like any other method of determining creditworthiness, from disparate treatment based on individual characteristics such as age, creed, race, color, sex, sexual orientation, national origin, among others, she added.

"We know the question of discrimination in algorithmic decisioning also extends to other areas of financial services."

Apple did not immediately respond to a Reuters request for comment on Sunday.